What do Dreams Actually Mean 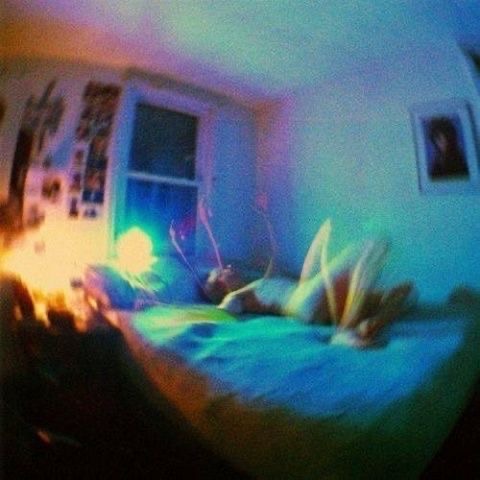 You know that feeling when you first wake up from an amazing dream, and your mind is still trying to figure out what just happened? At that moment, life seems so simple and precious as you are not conscious enough to be worrying about real life tasks. You almost feel like an infant child trying to grasp on to the short moment of euphoria before life hits you in the head like a train. And then there is the opposite scenario where you wake up in a pool of your own sweat and scream your lungs out for help. That… is not quite as pleasant, but you still wake up with the same amount of confusion as the first dream I mentioned.

For the most part, we have all experienced this phenomena as our brains are “active during dreams from the brainstem to the cortex” (sciencefocus.com). Charlotte Schultz (11), who has an incredibly vivid dreaming style, explains that “as an avid sleepwalker, my sleep is as lively as my wake. Often, I wake up and I’m typing on a blanket… for some reason. It’s very confusing but I love sleeping so it’s ok. I dream a lot and I can’t tell if it’s real or fake.” It’s very interesting how Charlotte seems to dream so much, yet others don’t dream at all. In fact, one of my friends mentioned that she lucid dreams almost every night, which is absolutely crazy to me. With that being said, what is the meaning of all of this? Why are some people so much more active? Does dreaming about specific things mean anything?

Back in middle school, I would always search up the meanings of specific dreams online and get very sketchy looking results telling me that I have a grave future or something. Even though part of me knew it was dumb, I still felt a strange comfort in these un-scientific answers. For example, I used to dream about elevators a lot, and those sites would tell me that this meant I needed more control in my life. I stupidly believed  it for a while and I actually improved on my schoolwork. I stopped procrastinating as much and my grades improved. This obsession eventually faded away as I researched some more about dreams.

As an avid sleepwalker, my sleep is as lively as my wake. Often, I wake up and I’m typing on a blanket… for some reason. It’s very confusing but I love sleeping so it’s ok. I dream a lot and I can’t tell if it’s real or fake.”

For one, we can look back at the ancient Greeks. Back then, people thought that dreams were “equal parts predictions of future events and visitations by the dead” (time.com). After that came the idea of psychology, which is the study of the human mind. To learn more about this, I asked the AP psychology teacher, Mr Walls (staff), to talk about the meaning of dreams. He says that “there is no consensus amongst psychologists as to why we dream. Originally, Freud believed that dreams were a form of wish fulfillment. Later researchers have alternate theories. Amongst those theories is the idea that it’s literally just the brain trying to make sense of random neural firings.” This idea basically claims that there is no definite meaning to your dreams. Just because you dream about dying doesn’t foreshadow anything. Just because you kissed your crush in your dream doesn’t mean they secretly like you back. We as humans are so complex, and we already have enough things to deal with during the day. Some of those thoughts linger or come back around in our dreams simply because we don’t have a moment of quietness in the day to sort them out.

No matter what you believe, dreams are fun to discuss. They don’t need to have a meaning to be a memorable experience, and we can even learn a thing or two from them. Although there will always be discourse surrounding this topic, there is no denying that dreams are powerful and can set out mood for the day very easily. To make more sense of this, I recommend keeping a dream journal as it is not only fun but also exciting to share with your friends.

The Wrangler • Copyright 2023 • FLEX WordPress Theme by SNO • Log in