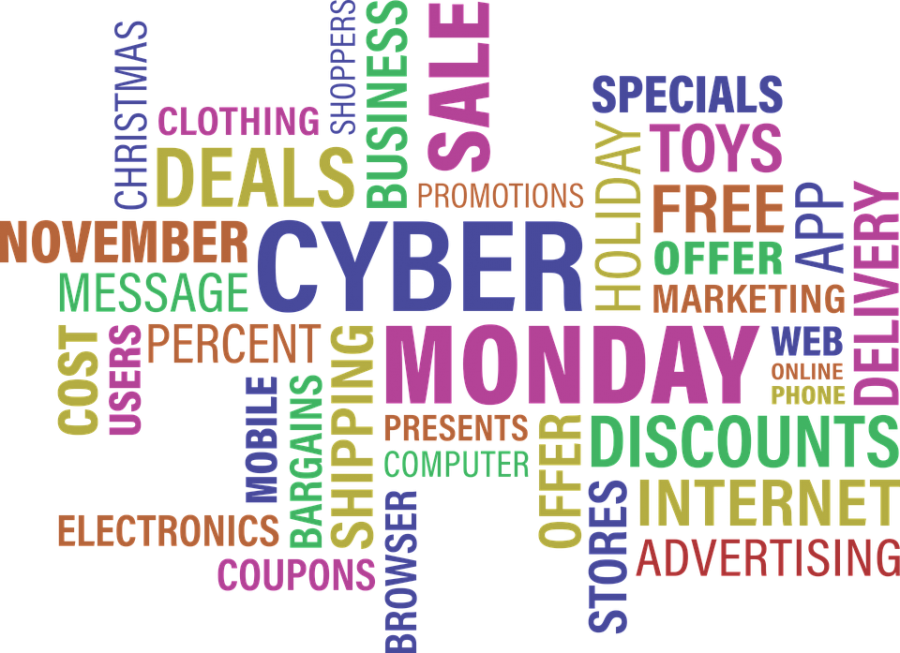 With America’s biggest shopping day of the year finally behind us, the massive world of technology is once again thriving on it’s most important date of the year. November 28, marked the day in which the biggest online shopping day was set to occur. Deals dropping down to forty and fifty percent off and below provide large amounts of income that is necessary in order to be prepared for the upcoming holiday season. Cyber Monday is no longer just the Monday after Thanksgiving, it has now evolved into a global phenomenon in which allows shoppers to purchase low costing items from the comfort of their own homes.

Companies like Ebay and Amazon were all major shopping spots for consumers all around the globe. With all the revenue accounted for in just Amazon, they are once again poised to shatter another sales record due to millions of Americans shopping online this Cyber Monday. With an undisputed thirty-six percent of the company’s sales happening on this day, it is prominent that Cyber Monday is a huge contributor to companies all across America.

Throughout the day records’ were expected to be broken and more than $3.36 billion dollars is expected to be produced by the end of Monday. With Black Friday turning out to be somewhat of a disappointment, the sales on this Cyber Monday have allowed Amazon and Ebay to see their biggest gains of the entire year. According to Fortune Newspaper, the hustle at the fulfillment center [at Amazon] never ends, Herrington says. “Right after this holiday finishes, we start getting ready for the next one. It’s a big process. It takes all year.” Knowing that this special one time of year event produces most of these companies income each year, many stores are beginning to prepare for the holiday season earlier and earlier each year. Jake Sowder (11) stated, “ The effects of Cyber Monday has had an huge impact on my family and I’s holiday shopping experience.”Stores all around the country see this opportunity to get shoppers to shop earlier. This would allow for more supply and demand to be produced.

In a survey taken by Adobe, and according to The Street newspaper, more than $5.27 billion was spent online on Monday; furthermore, more than $3 billion was spent on Black Friday. With consumers seemingly boasting about the deals that are booming throughout the world of technology, the need for these astronomically low deals seems to be growing and growing each and every year. In an interview with The Street newspaper, Cantor Fitzgerald analyst Youssef Squali, stated,“We believe that the shift to mobile is likely driven by a combination of factors, including in-store comparison shopping, improving mobile experiences and larger mobile screen sizes,” The move from active shopping to mobile purchasing has made for a large portion of smartphones and tablets to play a prominent role in taking care of holiday shopping. A little less than half of the purchases on Monday were holiday related sales.