The Biggest Cruise Ship In The World 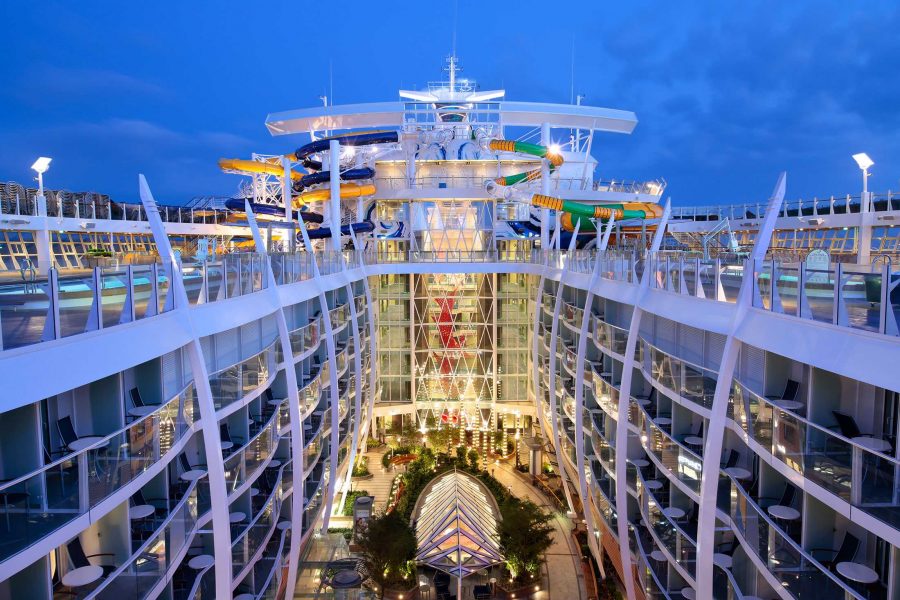 Harmony Of The Seas the largest cruise ship in the world

It’ll be a big weekend for cruise fans in the USA as the largest passenger ship ever, Harmony of the Seas finally arrives from Europe. Unveiled in May, the 226,963-ton Royal Caribbean vessel on Saturday will pull into Fort Lauderdale, Fla.’s Port Everglades, its long-term home, for the first time after crossing the Atlantic from Barcelona.

Harmony spent an inaugural season sailing out of Barcelona in advance of its U.S. debut. It’ll now start up a permanent schedule of seven-night voyages out of Port Everglades to the Caribbean. Harmony will arrive at Port Everglades on Saturday around 3 am ET. It’ll depart later the same day for a first, short sailing from the port, escorted out to sea by a flotilla of JetBoard and Jetpack performers.

Harmony is built on the same platform as Royal Caribbean’s giant Oasis of the Seas and Allure of the Seas, the previous size leaders in the cruise world. But it eclipses its siblings by nearly 1,700 tons and offers a number of new features. Among them: Ultimate Abyss, which just might be the most thrilling attraction ever conceived for a cruise ship. Comprised of two swirling slides, it drops nine stories from near the top of the vessel down to one of its lowest decks. Harmony also is home to a multi-deck water slide area, something Royal Caribbean has just begun adding to ships this year. It’s also the first Oasis-class ship with a Bionic Bar where the drinks are served by robot bartenders — a concept that first debuted in 2014 on Royal Caribbean’s Quantum of the Seas.