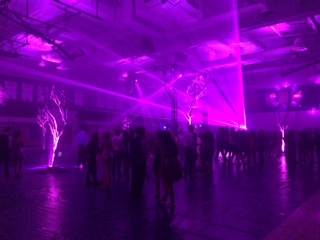 Homecoming takes a lot of preparation. After all, there’s so much that goes into it: the pep rally, the court, the football game, and the dance itself.

The rally was on Friday, October 29 during second period. As the students entered the assembly, the drumline played an upbeat tune to welcome everyone. Next, members of ASB acted out a small scenario of someone trying to find the king and queen. During this, one of the members runs into several different fairy tale characters: Rapunzel, Jack, Red Riding Hood, and the siblings Hansel and Gretel.

In between the introduction of these characters, there are different performances to entertain the crowd. Erica Hithe sang the National Anthem then Cheer and Song performed. Next, there was a video that showed the students what has been happening in the sports department. Afterward, Dance Company danced to a mix of songs and audio clips from classic fairy tale movies.

Once they finished, they revealed the Homecoming Court. Freshmen princess was Corinne Green and William Fixa as the prince. Sophomores prince and princess were Cole Robinson and Lauren Bui. Junior princess and prince were Kiki Amiri and Ian Holloway. Senior princes were Abram Cortes, Thomas Hoppe, Adam Carrillo, Jordan Alexander, and Jacob Brubaker. The last of the court to be revealed were the senior princesses: Claire Aguilera, Tori Scharkey, Miranda Padilla, Alyssa Garcia, and Brooke Asciak.

With most of court revealed and the tension high in the crowd, it was time to reveal the king.  Without saying the name until the end, a video was played describing the winner of the crown: Jacob Brubaker was crowned Homecoming King! Unfortunately, the discovery of the queen wasn’t going to happen until halftime of the football game that night.

At the beginning of the football game, the Band and Guard performed their halftime show rather than the usual of doing it after the second quarter. After all, that time was reserved strictly for the queen. On the track in front of the home bleachers, there was a stage set up for the crowning of the Homecoming Queen. When halftime began, ASB rolled out a red carpet and reintroduced the court; although now, they named the king separately. The senior princesses walked up to the stage and stood in front of a fake pumpkin, each with their name on it. Whoever’s pumpkin had the crown in it was to be named the queen. Anxiously, each of the girls pulled the top off the pumpkin and looked inside. Moments later, there was a loud squeal, our queen was discovered: Brooke Asciak had been crowned Homecoming Queen!

With everyone full of energy and excitement, it was finally time to prepare for Homecoming: Happily Never After. In the center of the gym, there was a large DJ booth playing mixed music and everyone’s favorite songs. Laser lights were projected over the entire gym, mostly in purple to keep up with the dark theme. And for those who are not that big of dancers, there were futons arranged outside accompanied with tables covered in dessert foods. The dance ended at ten o’clock, and everyone went home tired and happy from these full days of the Homecoming preparation and the dance itself.