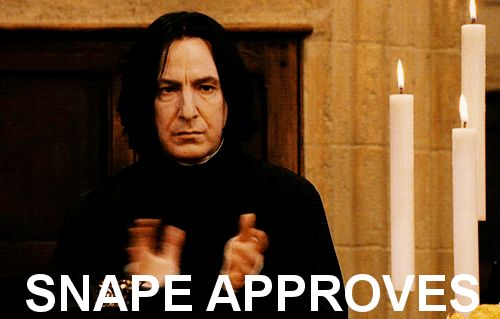 Siriusly, go to these.

Attention all Muggles in Yorba Linda! While we all wait for our acceptance to Hogwarts School of Witchcraft and Wizardry, here are some ways to experience the magical world of Harry Potter right here in sunny California.

One event, which happened recently, was the Teen Mugglefest at the Yorba Linda Public Library. Those who attended could enjoy various activities,  such as wand-making at Ollivander’s, a photo booth, trivia games, and arts and crafts. In addition, Muggles could feast on magical treats, such as Bertie Bott’s Every Flavor Beans and Chocolate Frogs. To top it all off, Harry Potter fans could taste the famous butterbeer mentioned in the books and movies. Katelyn Birchfield (9) attended Mugglefest on Friday, November 4th and thought it was “a lot of fun. They definitely put a lot of effort into it.”

On Saturday, November 19-20th, the Yorba Linda Public Library will also be hosting a Harry Potter Marathon for all die-hard fans. All eight Harry Potter movies will be shown back to back going from 1:00 PM until 9:30 AM. It will also allow teens to interact with others who have similar interests. Both dinner and breakfast will be provided, and the event is free. Any teens attending this event should turn in a permission slip to be able to stay the night. See the Yorba Linda Public Library for the form and information.

The majority of Harry Potter fans also know about the opening of the Wizarding World of Harry Potter at Universal Studios, California. Tickets for the whole park are approximately $100 per person, but the experience is definitely worth it. Teens who go can ride attractions such as Harry Potter and the Forbidden Journey and Flight of the Hippogriff. They can wander through Hogsmeade and visit the numerous magical shops as well as visit Ollivander’s for their own wands. These wands can come with a map which allows guests to go to the shop windows and perform spells. Katelyn Birchfield went to the Wizarding World of Harry Potter and found that “it was a really cool, interactive experience, and it was really detailed.” Southern California has many opportunities for students to enjoy the spell-binding world of Harry Potter.

Bonus: If any Potterheads find themselves in London, Warner Bros. set up The Making of Harry Potter which recreated some of the sets used throughout the movies, showing many of the props and costumes used while filming. Also, included are the special effects used to film some scenes in the movies. It’s an incredibly magical experience for all fans to enjoy and is highly recommended.