Robin Williams: The Man Behind the Voice 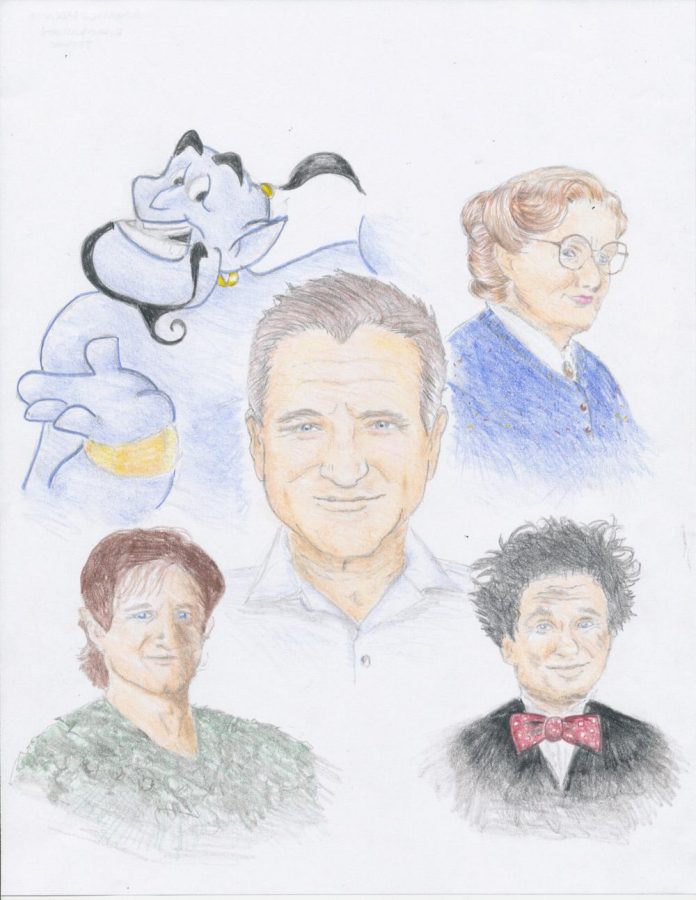 There have been many things written in the last few months about the life and death of Robin Williams. He had a life filled with his brilliant comedic timing, an unnatural gift at improv and voice acting, and captivating performances in such movies as Dead Poets Society and Good Will Hunting. His name has become synonymous with pure, unadulterated brilliance. But Robin Williams was bigger than his fame . He was bigger than the larger than life energy he gave to everything he did. Robin Williams had one of the largest, if not the largest heart, in the world. There are countless accounts of Robin giving his time and energy to every conceivable charity and random life event. He was a huge supporter of the military, and he was constantly doing shows overseas for soldiers. When Robin’s dear friend, Christopher Reeves, tragically broke his back after being flung from his horse in 1995, Robin came to his friend’s aid. Christopher Reeves wrote, “The door flew open and in hurried a squat fellow with a blue scrub hat and a yellow surgical gown and glasses, speaking in a Russian accent. He announced that he was my proctologist and that he had to examine me immediately… (And for the) First time since the accident, I laughed. My old friend had helped me know that somehow I was going to be okay.”

It has been rumored that when the medical bills became too much for the Reeves family to pay Robin stepped in and paid for many of his bills. Yet, Robin denied it, saying that the most he did was buy a van and a generator. When Reeves died, it took an immense toll on Robin, like losing a friend would do to anyone. Being there for a friend is an amazing thing, but being there for a random stranger is just as miraculous. After Robin passed away, two stories came out that brought his amazing spirit into an even greater level. One of them was how in San Francisco in 1997, a family walked into a donut shop, distraught after the funeral for the grandmother and grandfather. The family sat down in a booth and began to try to have some peace, when out of nowhere, Robin Williams comes over and starts telling stories and making the family laugh. And as the man said, “I couldn’t tell you what they laughed about, but I remember seeing my parents laugh and smile for the first time in weeks…It wasn’t that he was a celebrity, he was just being a nice guy who saw a bunch of sad folks and realized he could probably make a difference. And he did.” That’s what he wanted to do. Robin wanted to make a difference. Robin tried so hard to make the world a happier place. When he made a movie, he had it in his contract that the movie studio was required to hire a certain number of homeless people to help with him and the rest of the crew. With the number of films and TV shows that Robin did, one can only assume how much good he did for these people who needed that chance.

Robin was a bright star in a world of uncertainties. He cared for every single person. He truly saw the world in a way that so few people do. His dear friend Billy Crystal said it so well, “Every time you saw him – on television, movies, nightclubs, arenas, hospitals, homeless shelters for our troops overseas. And even in a dying girl’s living room for her last wish, he made us laugh. Big time… It is very hard to talk about him in the past because he was so present in all of our lives. For almost 40 years he was the brightest star in the comedy galaxy.”

Robin Williams’s life was a life filled with opportunity. Opportunities for greatness, for defeat, and opportunities to give people opportunities. And he gave the world a gift that we will never be able to thank him for, but we will know it when we feel it. He gave us the gift of laughter. Thank you Robin.

“May flights of angels sing thee to thy rest, sweet prince.”