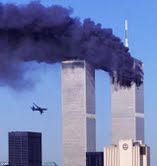 The voice on the other end of the phone. The cry in the darkness. The flag raised amid death and devastation.

Some of these are the tales of ordinary people who were caught in extraordinary situations; the people who became a symbol of hope, comfort, and love for the nation that was grieving. There were also those who became the symbol of evil, the people behind the attacks.

The terror attacks in New York, Washington and western Pennsylvania on September 11, 2001 left the United States standing strong and filled with hope along with grief and devastation.

Where were the people then and where are they now?

Lisa Jefferson was the voice on the other end of the line for Todd Beamer, a passenger aboard United Flight 93. Beamer called an operator at a Verizon Airfone call center in Chicago and informed that United Flight 93 which was bound for San Francisco had been hijacked. The call was turned over to Jefferson who was the supervisor on duty. Beamer explained about how three men had taken over the flight. He also told about his wife and children too. “I had asked him, did he want me to place his call through to his wife for him. He told me that he didn’t want me to put him through to her in case he didn’t have to. He had hoped on landing that plane safely. And he told me if I didn’t make it, would I please call her and let her know how much he loved her and his family,” Beamer stated back in 2002.

“… After we said ‘The Lord’s Prayer,’ the plane had taken another dive (ESPN). Todd said they had a plan. The last she heard from his was, ‘Are you ready? OK, let’s roll.” In the following days, Jefferson informed Beamer’s wife on what had happened.

Now 57, Jefferson no longer works at the call center. She has talked about it and the conversation is retold in articles, movies and television shows. In fact, she even wrote the story, “Called: Hello, My Name is Mrs. Jefferson, I Understand Your Plane is Being Hijacked?” “Every time I tell the story, it’s like the first time,” Beamer conceded. “… I’m not a hero. I was just doing my job. God had a purpose for me with the Beamer family” (CNN).

Mr. Lejano, AP Economics teacher, told us his story of the tragic day. He was began his senior year at Brown University in Providence, Rhode Island, which is about 50 miles southwest of Boston and 180 miles northwest of New York City. It was his second week of student teaching a world history class. A teacher stormed into the room and said a plane had crashed into one of the world trade buildings. They did not have internet or television signal at the school, so Mr. Lejano had to wait until after the school day to find out what actually happened. “I will never forget the tremendous shock and goosebumps that I felt when I first saw the video of the first plane hitting the north tower. I thought that was the absolute worst until I saw the towers collapse. I also will never forget the unreal combination of anger and sadness that overcame me and the entire world in the ensuing weeks,” admitted Mr. Lejano. He had to try and explain an unexplainable event in world history to his students. He had flown American Airlines Flight 11 from Boston to LAX quite a few times since he went to college in Providence.

“The way that I choose to remember such a tragic and sad event is that for a period in human history, a handful of terrorists committed the worst that human beings are capable of and those acts brought about the best in humanity from the rest of the world. For months after September 11th, the people of the world forgot all of our differences and came together in the spirit of love and compassion for the 9/11 victims and America. We outwardly showed our appreciation for first-responders, those that volunteer for our armed forces and for each other. It saddens me that we have since lost that, that domestically and internationally we are about as divided as I can ever remember. I hope that we do not have to lose so many people in such a tragic and dramatic way to once again bring out the best in humanity.”