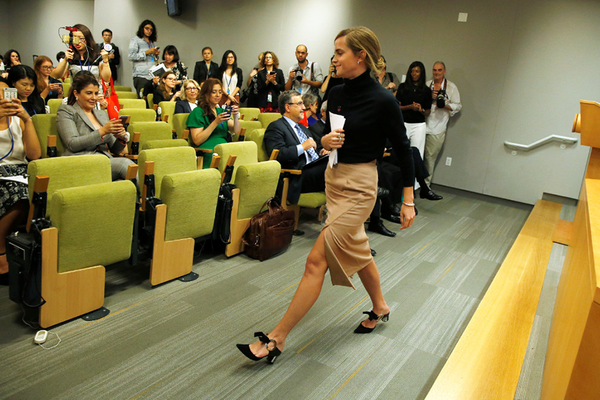 October 11th marks International Day of the Girl. The United Nations created this day back in 2011 to spread awareness and spark discussion about the unique challenges confronting the world’s 1.1 billion girls.

“We are celebrating how far girls today have come since their mothers and grandmothers were girls. And we are looking forward by committing to the kind of progress that will provide all girls everywhere with the chance to grow, learn, and thrive.” -UNICEF

While many countries are pushing for equal rights for genders, there are still a few that oppress girls, refuse them education and jobs.

One of the biggest problems right now? Child marriage. One in every seven girls is married off in developing counties before they turn 15. One in three are married before the age of 18.

One in three girls in developing countries, excluding China, is forced to marry before she turns 18 – that’s 47,700 girls every day. One in seven is married before the age of 15.

Rates of child marriage are highest in sub-Saharan Africa, where around 40% of girls are married before the age of 18, and 12.5% before they turn 15.

Latin America, the Caribbean, the Middle East and North Africa follow in their rates. Child marriage leads to vulnerability to sexual assault, abuse, and restricted from education and careers. It also leads to pregnancies at a young age and high mortality rates. The right to make life choices is immediately taken away from girls as soon as they even step into the world. And the girls that escape have to live in poverty or prostitution. Some of them are trafficked.

More than 33 million girls across the world aren’t allowed to go to school because of their gender and the belief that men are far more superior to women. One in five girls in developing countries who enroll in primary school never finish and only 30% of girls globally are enrolled in secondary school.

Emma Watson, UN Women Goodwill Ambassador, made a plea for the end of child marriage after a visit to Malawi, a southeastern African country, where a law raised the legal marrying age for girls to 18.

While visiting, Watson spoke with many young girls and women to discuss the topic of a girl’s right to education, career, and the right to make her own choices.
“Meeting with young girls, who like many in their country, are struggling with poverty and were pressured into early marriage, depriving them of their education in the process, made me realize just how important it is for women to be able to make their own choices.” -Emma Watson, UN Women Goodwill Ambassador
UNICEF predicts that the number of girls married before 18 will grow from 700 million to 950 million within fifteen years.

Child marriage is done for various reasons. Some have good reasons, some have bad. Some parents are trying to protect their daughters from a rash of problems, including rape and sexual assault, which are common in impoverished or refugee communities while others do it for money, or because they want one less mouth to feed so the easiest option is to marry them off at an early age.

Moe Arora from Toronto, Canada tweeted a story to Instagram about how his Uber driver moved his family to New York City to escape the Taliban.

Here is the series of tweets he posted yesterday:

“After he moved, family members back home would yell + threaten him for letting his daughter get an education.

“”My daughter is brilliant. Boy or girl — she’s the smartest person you could ever meet.””

“”She has a right to be educated, so why shouldn’t I provide her with that opportunity?””

He told me there is a high mortality rate in his hometown because women either weren’t allowed or refused to get checked by male doctors.

His dream is for his daughter to become a doctor, then go back to his hometown + treat women so they can receive the medical help they need.

I’m in total awe of his story. I can only hope for his dream to come true.”