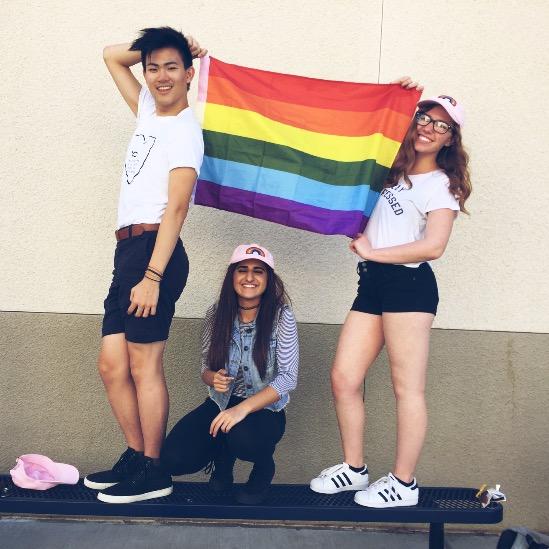 Chloe Hoff (11), the president and founder of the LGBT+ club at YLHS, expresses her concern about America’s future. “As someone who is a part of the LGBT+ community, I am genuinely scared for this upcoming election,” she says. “If Trump and Pence are elected, there is a real chance that the homophobia and outright hate in this country will get worse.”

If Trump does become president of the United States, the hostility towards the LGBT+ community would be more prevalent in society, and violence and discrimination would be common in everyday life.

Same-sex relationships have been forbidden since the earliest civilizations. Back then, it was considered “improper” because religion had declared homosexuality a sin. People of different sexual orientations have been persecuted for the longest time; gay men were considered a hindrance to the German nation during the Holocaust, so they were often victims of “medical experiments” and were treated very poorly. During the Christian reign of Europe, many homosexual people were burned at the stake with no other reason but their sexuality.

Just recently on June 26, 2015, the US Supreme Court ruled that “gay marriage is a right protected by the US Constitution in all 50 states” (ProCon). The American people celebrated; the LGBT+ community was finally getting the civil rights that they deserved.

America is still a very ignorant place. The number of hate crimes against the LGBT community has surpassed the amount of hate

crimes directed at other minority groups (New York Times). Attacks such as the mass murder of 49 people at a gay club in Orlando emphasizes the need for a change in this country (New York Times).

Another club officer, Sadaf Tehranian (11), acknowledges that “not everyone will agree with homosexuality or other sexualities in general,” but she hopes people can respect the LGBT+ community and keep harsh comments to themselves.

Derick Ma (11), an officer of the LGBT+ club, encourages every students to attend the meetings and “experience the love and interaction of the LGBTQ+/ally community at our school.” To the ignorant people of YLHS, he suggests them to go online and educate themsleves. “There is so much information and love on platforms such as Youtube, where you can learn so much,” he says. “It really helps to open your mind up.”

Fortunately, none of the board members have been harassed at YLHS, but that might not be the case for other students. If anyone feels like they are being bullied or discriminated against on campus, they are always welcome to talk to Derick, Sadaf, and Chloe at club meetings; they’ll welcome you with open arms. Remember: everyone is welcome to attend the LGBT+ club meetings during lunch in Mr. Buchan’s classroom. Help spread love, not hate.