Five Reasons to Get a Flu Shot This Year

More Than Just a Shot 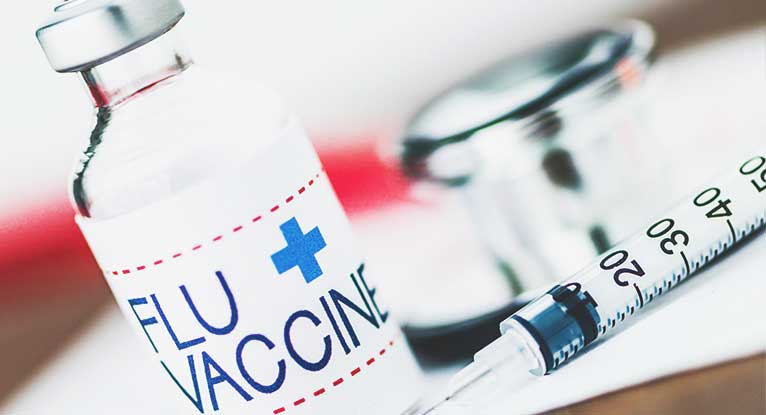 Every year, the flu shot prevents millions of flu cases and keeps thousands from being hospitalized, according to the Centers for Disease Control and Prevention (CDC). Yet people are growing more and more skeptical of the vaccination, thinking that they can be stronger or healthier without it. It’s time for a wake up call – the flu shot has worked for decades, and not getting it now is the worst choice to make.

1.   Even if you don’t get sick, you can spread the virus

The Harvard School of Public Health says that 20 to 30 percent of people carry the virus without getting sick, which means that they all spread the flu to family, friends, and even strangers. Not getting the flu shot is a hazard not only to your own health, but to everyone you know.

“Get the flu shot not only for yourself, but for everybody around you,”

2. The flu is not a little cold

In fact, the flu is actually a serious illness that can even cause death, particularly in elderly, babies, children, or pregnant women. While a typical healthy adult or teen may think of it as a little inconvenience, they can actually spread the disease to someone not as lucky and land them in the emergency room, or worse. The flu can easily lead to deadlier diseases as well and according to the CDC, an estimate of 3,300 to 49,000 people die from flu related causes every year in the U.S.

Flu shots are one of the most commonly available medications in the modern world, with nearly every doctor’s office or local pharmacy offering a vaccination. To top it off, the vaccination is covered by many insurance companies, and even if it isn’t, it’s usually cheap enough. It takes only minutes to get the vaccination, which in the end saves a whole lot of minutes and money that might be wasted searching for a flu medicine that actually works, or a visit to the hospital.

Of course, the age old excuse always comes up: a fear of needles and syringes and all things sharp and scary. As Warren Lee (9) admits,

“the worst part of getting the flu shot is the shot itself.”

But technology has developed, and nasal vaccinations that simply send a burst of air up your nose are also available. No more complaining about the pain, because the flu shot can now be a painless, shotless, needless affair.

5. Can’t actually give you the flu

Finally, it’s time to bust a myth that seems to have come out of nowhere, the idea that the flu shot will make you sick. In reality, any possible symptoms usually last for a maximum of two days, and are far less severe than the actual flu. Sarah Chen (9) explains how the process works, saying

“the flu shot is filled with dead strains of the virus, so it can’t reproduce or spread.”

Much like taking your immune system to the gym, the flu shot just prepares your body in case of the real thing.
It’s time that people stop critiquing the flu shot without solid evidence and just go to get their yearly vaccinations. As Raymond Nguyen (9) says,
“it’s just so much easier to get the flu shot than get really sick.”
And he’s right on, millions of people this year will get their vaccinations… and some won’t, ultimately being bedridden or hospitalized.