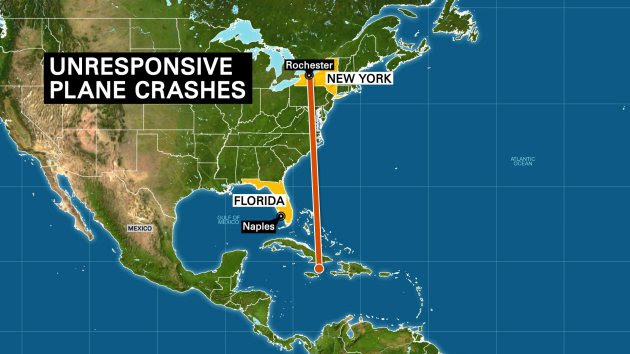 The recent plane crash tragedies that have saturated the news during the recent months beg the question: is flying still the safest way to travel? Recently, on Sunday, September 7, the U.S. Coast Guard and the Jamaican Defense Force called off the search for a U.S. couple whose plane crashed north of the Jamaican coast, near the Caribbean Sea.

Two days before, Larry Glazer and his wife had flown out of New York on their private plane headed for Florida. At some point, Glazer contacted air traffic control requesting permission to descend to a lower altitude after experiencing problems with the plane. Immediately after this distress call, their plane lost all communication.

Cuban and U.S. military jets were sent out to shadow the plane. When U.S. jets caught up to the plane, the fighter pilot noticed that the windows were frosted and the pilot was slumped over. The North American Aerospace Defense Command said that Larry and his wife might have suffered from hypoxia, which happens when oxygen runs low. The U.S. jet followed the plane until it reached Cuban air space, then veered off. The plane fell off the radar at 2:11 P.M., and it is believed that the fuel ran out at 2:15 P.M. An oil slick was spotted in the water near the area where it went missing. Neither bodies nor debris was recovered during the search, and the search was called off the next day due to bad weather.

However, small airplane accidents are not the only flying calamities that have recently occurred, as commercial airplane tragedies have also made worldwide news. The tragic disappearance of Malaysian Airlines Flight 370, which mysteriously disappeared from the skies on March 8, 2014, shocked the world. Flight 370 had 239 passengers on board, including the crew, and still remains missing today. Malaysian Airlines was struck with a second tragedy on July 17th, when Flight 17 crashed into the eastern region of Ukraine. Other major airlines have also suffered such tragedies. On July 17, while en route to Rome, Ethiopian Airlines Flight 702 was hijacked by the co-pilot. Luckily, however, the hijack ended with no harm to the 202 passengers on board, and the hijacker was arrested upon landing at Geneva National Airport.

There is no doubt that these airplane incidents have brought attention to many around the world who question if the “friendly skies” are as friendly as they used to be, and many students and faculty here at YLHS have their own thoughts in regards to this question.

Mrs. Farrell stated, “I’m not really concerned about flying in general, I think where you’re flying might be the only concern.”

When asked if the recent plane crashes have affected her, Isabella Wood, a senior at YLHS confessed, “Its definitely something I think about before I get on a plane.”

So although many citizens from countries affected by these tragedies may fly in fear, some students and faculty here at YLHS still believe flying is a safe way to travel.