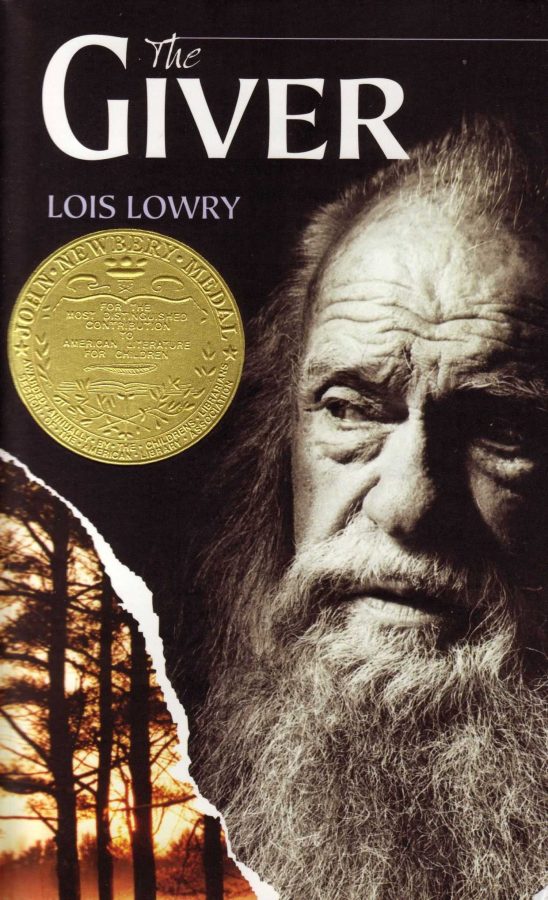 Although some may say that the book The Giver was better than its film adaptation, I believe that the film does a better job of portraying the dystopian society along with the theme of the novel that governments should not stifle people’s rights to choice and free will.

Although very different, both the book and the movie convey the same story. Jonas, the protagonist, is given the responsibility of being the Receiver, the one person in society that remembers the time before free will was taken away. He receives memories of this time from the story’s namesake character, the Giver. Due to thesememories, Jonas realizes that the world of his society is devoid of color, choices, and love.  To change this, Jonas leaves his home forever, and escapes the borders of the oppressive society.  Upon his departure, the memories he had gained are released to the whole of the society, and the people can remember the past, with its joy and chaos.  After crossing the border, Jonas sees a house in the distance, one that looks shockingly similar to a memory he had once been given. The ending of the novel is obscure in that, in is never explicitly stated if Jonas makes it to the house, or if he perishes in the blizzard raging around him.

It is the novel’s ambiguous ending that is one of the primary reasons that the movie is better than the book.  In the book, the ending is unclear as to Jonas’ survival; in the film, the ending is much clearer, and provides more closure to the story, while still maintaining the thought-provoking ending.  The movie also expanded upon what happened to the society when the memories of the past come back to the people.  In the film, unlike in the book,  it is made clear that the society is on the mend, as the corrupt Leader of the community recognizes her errors, and the nearly impregnable border comes down.

Another significant difference between the book and the movie is the addition of scenes from the Giver’s perspective; these solidify his character and add to his significance in the story.  These scenes, while not in the book, cement his role in the society, as he has several meetings with the Leader throughout the movie.  During these meetings, an additional subplot not found in the book is alluded to here: the Giver had a child with the Leader named Rose.  His child Rose is mentioned in the novel, since she was the Receiver before Jonas, but her mother is never stated; in the movie, it is implied that the mother was the Leader, which creates an interesting backstory that is heavily veiled in obscurity for the Leader and the Giver.  Due to the harsh treatment of the Giver from the Leader, it is implied that she regrets her decision, and that this decision of having a child enforces her belief that people should not be able to make choices, for they could make a mistake.

Finally, the character of Fiona, Jonas’s girlfriend, was expanded, which provided for another interesting character.  In the uptake of the story, Fiona  is skeptical when Jonas begins to talk about love and free will.  The society has brainwashed its citizens into thinking that abstract concepts such as  love and free will are useless and lead to trouble.  The book does not contain any scenes in which Jonas and Fiona discuss love, but in the movie, it is one of the most important subplots.  Throughout the movie, Jonas is trying to convince Fiona that love and free will are more than useless emotions or vague terms; they are basic rights all human beings should have.  Near the end of the movie, Fiona must make a decision as to whether or not to help Jonas escape the community; this decision can be interpreted as a crucial scene in the movie’s theme, since it represents the power to choose free will or to let the government rule all people’s thoughts.

Therefore, it is a clear cut decision that the movie adaptation of The Giver is exponentially better than the book. Although very different, it is obvious that fans are flocking to theaters to see it due to the $52,646,817.00 in box-office revenue generated.