A Lot More Than "Gangnam Style" 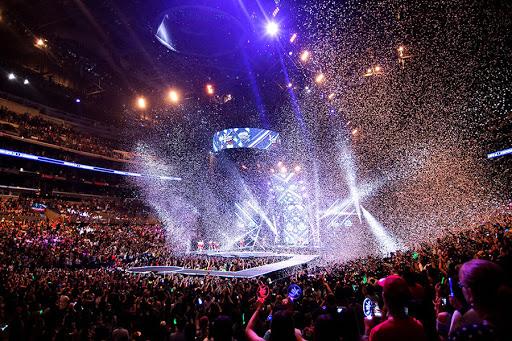 No Asian music has made it quite as far and wide as Kpop has. Kpop, an acronym for Korean Pop, started with the iconic song “Gangnam Style” and now has millions of fans all over the world. Right here in Southern California, Los Angeles has a Koreatown filled with Kpop and Korean culture. With catchy beats, perfectly synchronized choreography, and a unique spin on music itself, Kpop has managed to gain much attention.

Concerts by Kpop artists are selling out in seconds or minutes even in Los Angeles and New York. According to the official Billboard website, Kcon, a convention and concert for Kpop and Korean culture, had 75,000 attendees in Los Angeles and New York this year. The same website mentions that one of the most popular Korean boy groups, EXO, even managed to outsell the American boy band One Direction in international album sales.

One of the most unique aspects of Kpop are the large number of members in a group, which can range from an average of seven members to an overwhelming thirteen. Even more fascinatingly, all of these members manage to dance with flawless order, all while singing and rapping. Music videos are not as many well-edited scenes of sitting in cars or hotels as most American music videos tend to lean towards, but are rather filled with elaborate, well-timed dance moves.

The music has also brought people together. Alice Ding (9), said it is
“letting people make new friends and share the love of Kpop.”, and that “[she] made some of [her] closest friends through Kpop.”
Often the rather daunting yet fun challenge of trying to remember the names and faces of so many members is more than enough to spur bonding. Finding a conversation topic may be difficult when talking to someone new, but having something so broad to discuss can certainly break the ice.

A newfound awareness and appreciation for Korea and Korean culture itself has also been brought on by Kpop. Many Kpop fans are inspired to learn Korean, and prominent Korean started companies, such as Forever 21 and Samsung, are spreading as well. More and more people are learning about Korean culture, which is important as the world is influenced by globalization.

Now that Kpop is making such a big impact on the world, many Kpop fans are curious to see if the Korean singers will start to sing in English. One singer, CL, has already started her American debut with a single fully in English. Now, as more and more people start to learn about Kpop, it will only grow.
The future of Kpop and all music is unclear, but will certainly bring a number of new and exciting changes.