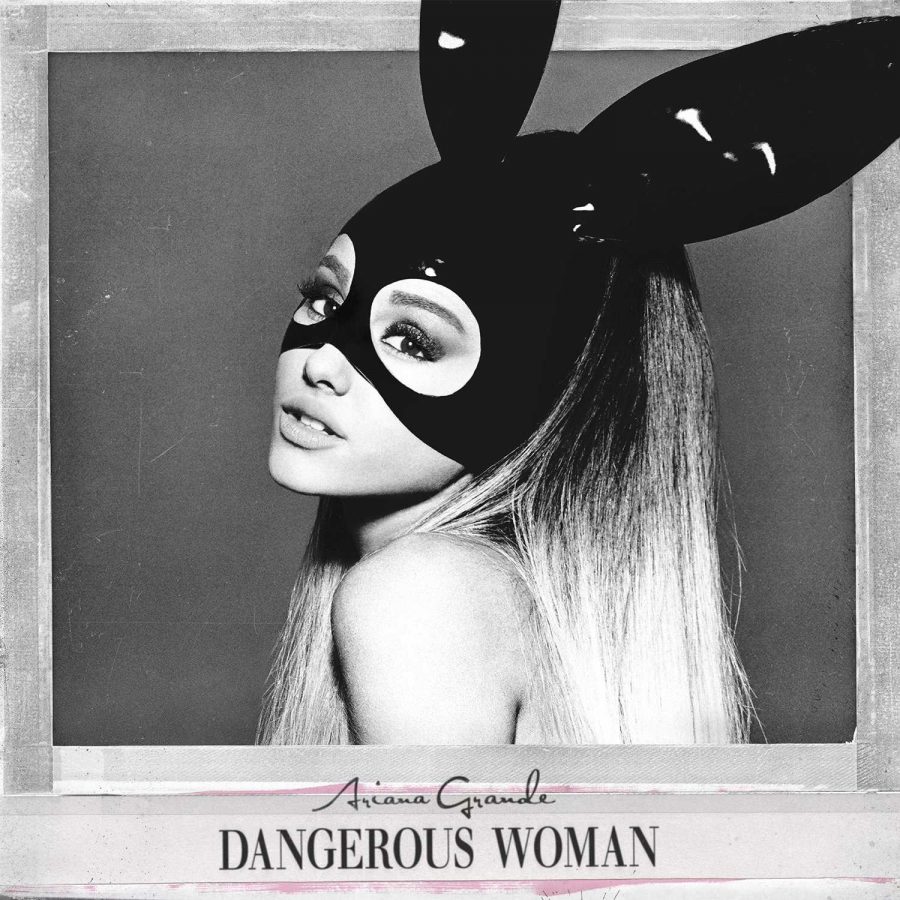 Ariana Grande’s third album, Dangerous Woman, was released May 20, 2016 — featuring hit singles “Dangerous Woman” and “Into You.” The album then went on to top iTunes charts in over 72 countries and earned Grande her first number one album in the United Kingdom. Compared to previous albums — Yours Truly and My Everything — this album definitely showcases a more grown up side of the 22-year-old singer. As her first album with a Parental Advisory warning, Grande pushes the limits on the expectations set by her previous acting career on Nickelodeon.

The title, Dangerous Woman, definitely remains prevalent from song to song. In this album, Grande explores a darker, more sultry side unseen before. Still, Grande stays true to her four-octave vocal range which is showcased through ballads, “Moonlight” and “Sometimes,” and strong vocal moments in “Dangerous Woman” and “Leave Me Lonely.” With an album cover featuring Grande in a latex bunny mask, it’s clear that her lyrics will be more risqué than most are used to. Still, from a musical point of view, Grande’s talents shine.

Moreover, Grande collaborates with some of music’s most talented artists. Widely known as the “Queen of Rap,” Nicki Minaj is featured on Side to Side, with a short verse where she acknowledges that “Ariana run[s] pop.” Macy Gray, known best for her raspy tones, is featured on “Leave Me Lonely,” a powerful ballad that showcases both Grande and Gray’s musical talents. Rapper Lil’ Wayne is also featured on promotional single, “Let Me Love You,” where he uses wordplay to spice up the song. Another Rapper, Future, is also featured on “Everyday,” a more upbeat, fast-tempo song.

What are some of the favorites of students on campus? Well, Liam Quidore (11) says that he “love[s] ‘Be Alright’ because it’s a fun techno beat that you can just listen to and just jam out. But [he] also love[s] ‘Leave Me Lonely’ for that Fifty Shades of Gray vibe.” It’s clear everyone will have their own opinion on the new album, but this album is without a doubt the most revolutionary change we’ve seen from Grande.