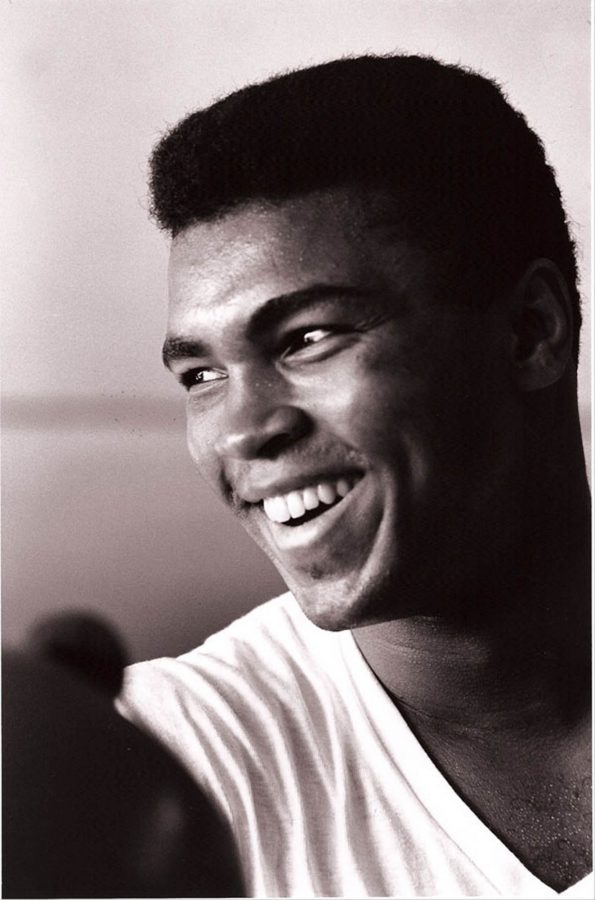 Muhammad Ali, often deemed the greatest fighter of all time, recently passed away.

Muhammad Ali, born Cassius Marcellus Clay Jr., was born in Louisville Kentucky to parents, Cassius Marcellus Clay and Sr. Odessa Grady Clay, and had one younger brother, Rahman Ali. He found his passion for boxing at the age of 12 when Joe E. Martin convinced him to fight. Clay made his professional debut on October 29, 1960, under the coaching efforts of Chuck Bodak, defeating Tunney Hunsaker in a six-round decision. Ali continued to fight and by 1963 had accumulated at 19-0 record without much opposition from his competitors. His fighting style included vocally belittling his opponents and vaunting his abilities.

The two fights between Muhammad Ali and his rival Sonny Liston for boxing’s World Heavyweight Championship were the most anticipated, watched and controversial fights in the sport’s history. The first bout was held in February 1964 in Miami Beach, Florida. Ali was victorious when Liston gave up at the start of the seventh round. Clay was named the new WBA/WBC Heavyweight Champion and was nicknamed Louisville Lip. Clay  was able to defend his title against former heavyweight champion Floyd Patterson on November 22, 1965.

In March 1966, Ali refused to be inducted into the American armed forces which resulted in him being systematically denied a boxing license in every state. As a result, he was not able to fight from March 1967 to October 1970; he was able to get his case overturned through the appeals process before his conviction was overturned in 1971.

Muhammad Ali continued fighting until age 39. He finished with a 56-5 record. He was able to defeat every top heavyweight fighter in his era, which has been deemed the golden age of heavyweight boxing. He was inducted into the International Boxing Hall of Fame.

In addition to his legendary boxing career, Muhammad Ali made headlines with his religion. Ali said that he first heard of the Nation of Islam when he was fighting in the Golden Gloves tournament in Chicago in 1959, and attended his first Nation of Islam meeting in 1961. He continued to attend meetings, however he kept the public knowledge of  his involvement at a minimum. Clay was initially refused entry to the Nation of Islam due to his professional boxing career. However, after he claimed the championship title from Liston in 1964, the Nation of Islam was more receptive and agreed to publicize his membership. It was then that Clay decided to officially change his name to Muhammad Ali.

Ali largely impacted sports in America, specifically boxing. Steven Pham (11) said “he was a great. Even though I never got to witness one of his fights, just hearing about his career has been amazing. He was a legend.”