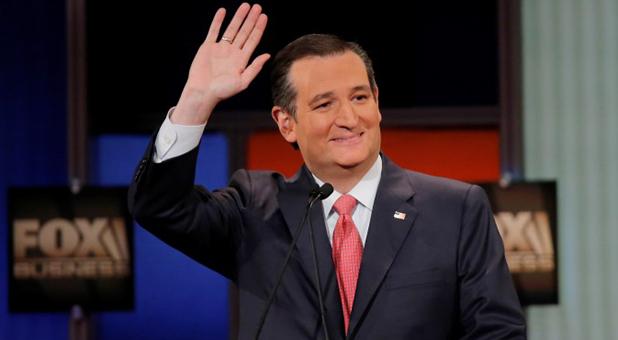 Ted Cruz bowed out of the Republican presidential race Tuesday May, 3 following a crushing loss to Donald Trump in Indiana, clearing the path for the real estate mogul  and front runner, Donald Trump, to clinch the GOP nomination .It was a remarkable turn of events in a presidential primary race that seemed destined to happen from the start. Just weeks ago — to end in a contested convention this summer.

Even in the final hours of the race in the Hoosier State, Cruz insisted he was staying in the race until June 7, therefore going so far as to attack his rival during a news conference as a “pathological liar” unfit for the White House. In the end, the growing strength of Trump’s candidacy and Cruz’s own stumbles in the past two weeks were too much for Cruz to overcome. The Cruz, Kasich and anti-Trump forces had produced and built up elaborate plans to try to deprive Trump of the 1,237 delegates he needs to win the nomination in full. But those plans hinged on money and momentum. After Tuesday night, it appeared that Cruz would have neither on his side.

“We left it all on the field in Indiana. We gave it everything we’ve got but the voters chose another path,” Cruz said. “So with a heavy heart but with boundless optimism for the long-term future of our nation, we are suspending our campaign.” The was the final statement the former GOP candidate made to his supporters all over the country. Cruz’s final weeks as a presidential candidate were dominated by awkward moments. He forged an alliance with Ohio Gov. John Kasich that quickly crumbled.

Ted cruz early on named Carly Fiorina as his running mate,some stated that it was an unusual move for someone who is far from winning the nomination. Indiana Gov. Mike Pence endorsed him conversely while also offering kind words for Trump. He was also ridiculed for referring to a basketball hoop as a “ring” and failey trying to blend into the Indiana culture.

Despite all the downfalls of Cruz’s campaign, he still however outlasted more than twelve delegates to fight against Trump for the republican nomination. The Texas Senator had made his mark as the ultimate outsider in Washington. He  however attempted to channel the same frustration against Washington that Trump so successfully harnessed.As to avoid becoming one of Trump’s chief targets. But Cruz’s strategy was predicable.

Omar Elfiky (9) stated in an interview with me on his thoughts on Ted Cruz’s Dropout, “I am glad Ted Cruz dropped out. So now that’s one less competitor for Bernie Sanders to face. I am in Favor of Bernie Sanders because I believe he is a honest and good man with bright ideas.” Despite all the ups and downs of Senator Cruz’s campaign, the bickering, fighting, and arguing between Donald Trump and Ted Cruz is a running for the record books.   However, on Tuesday night, he said he was proud of his campaign and his stand for conservative principles. There was however no word yet whether he would pledge his support to the now unanimous Republican nominee.