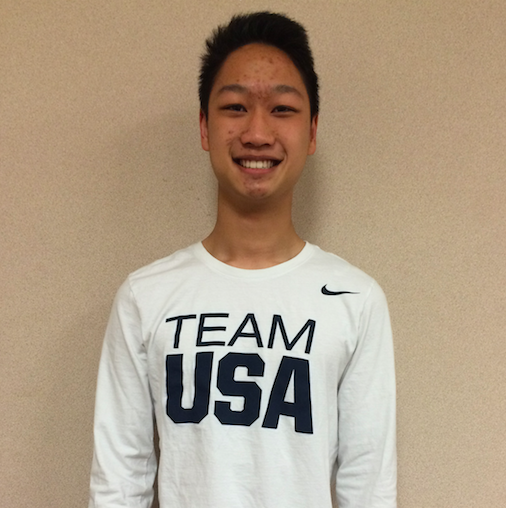 His friends say he’s silly, funny, and all around sweet guy. A sophomore at Yorba Linda High School, Matthew Liao, also is an outstanding athlete for the USA Shooting Team for the Air Rifle. Here’s a run down of his achievements:

As only a 16-year-old, Matt has truly stood out as an athlete and student. Beyond his abilities to succeed in his sport, he is also a heavily involved student at Yorba Linda High School.  Currently, he is a member of the California Scholarship Federation, the National Honor Society, the Yorba Linda High School Academic Decathlon team, and many other clubs. Beyond his talents for air rifle, he also plays the piano as a hobby!

So you may be wondering, air rifle is quite the odd sport to be involved in, how did Matt become involved? Well Matt says, “[His] dad took me to the range for fun and I liked it so I started competing.” He makes it sound so simple, but it truly is a difficult sport that tests accuracy and skill. Fortunately, Matt has found a great passion for the art of shooting, and he attributes it to the “sport and the friends [he has made].” Already, Matt has had quite the sport career, and his favorite moment to look back on is “qualifying for [his] first national junior olympics. His future goal? The Tokyo Olympics! We wish you the best of luck in your future endeavors, Matt. Yorba Linda High School is proud to have you represent us.