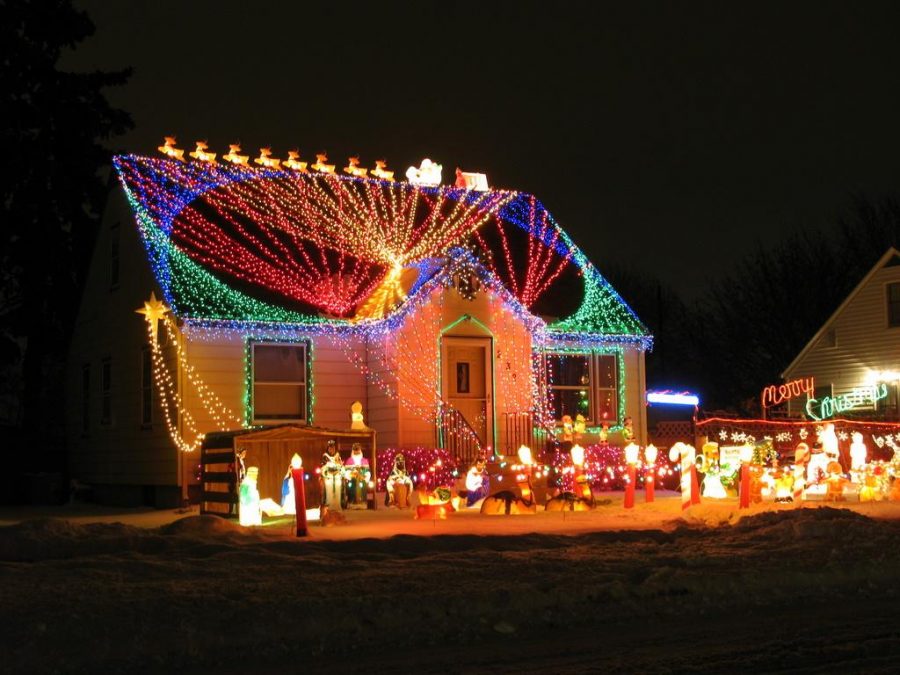 During the course of November and December months electronic gadgets and lights in homes cause Britain communication regulator OFCOM has published a report showing out about 20% of poor Wi-Fi performance. One of the reasons Wi-Fi signal is being lost is due to the fact that the router is right near the electrical box while other parts of the electricity are in other places.

Although other appliances such as microwaves dryers and television can affect your Wi-Fi router, Christmas lights are the main source of damage to the Wi-Fi system during the months of November and December. “Moving your router away from electronic all devices has been said to support all wireless signals in all different locations therefore increasing your Wi-Fi reception” stated a spokesperson from OFCOM.

Cole Smith (9) stated, ” One way Christmas lights can affect your power is because the power that is needed for an object like Christmas lights takes away power from the Wi-Fi usage,” CNN.com spoke on the concept by stating that 56% of homes in the United Kingdom and the U.S. have been reported to have Wi-Fi trouble throughout the months of December and November.

Based on past experiences with Christmas Lights and Wi-Fi there have been less reports in the past 3-4 years on Wi-Fi being a problem with household appliances in itself but never before Christmas lights.

Here are some tips from the regulator to maximize your Wi-Fi speed:

Restart your router: One great way to improve your Wi-Fi is to restart your router when you’re having connectivity troubles. This allows it to search for a new channel that isn’t being used by other devices.

Secondly, Move your router away from electronic devices: “Halogen lamps, electrical dimmer switches, stereo or computer speakers and Christmas lights … have all been known to cause interference to broadband routers. Keep your router as far away as possible from other electrical devices also other wireless signals such as cell phone appliances.”

Lastly: Walls and furniture also contribute as major obstacles in emitting the Wi-Fi signal. One way people have seen in increase in there Wi-Fi is by moving things such as couches and tables away from electrical ports and signals.