The Day of the Dead? 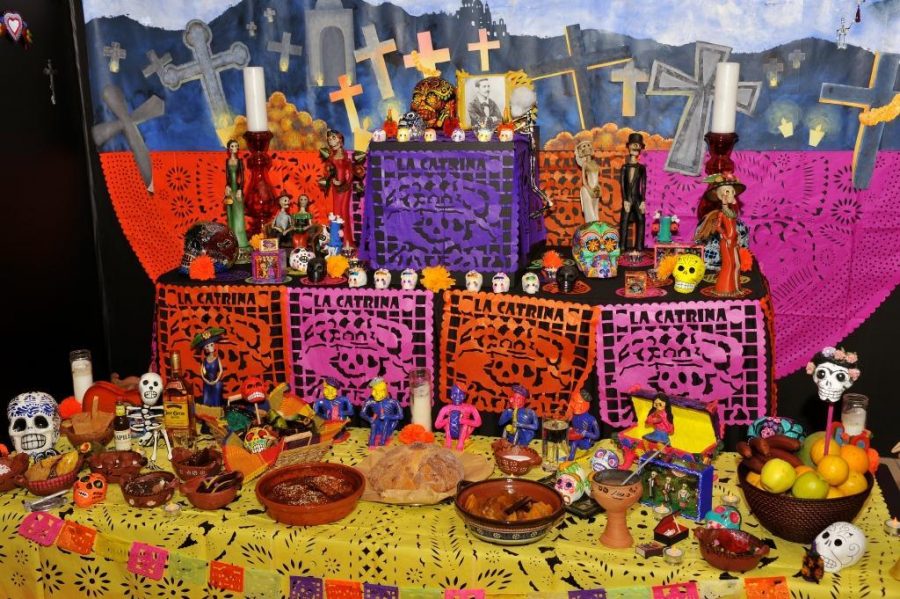 An example of an Altar on Dia de los Muertos. Photo Courtesy of UVC Blog.

When asked what the Day of the Dead is, Lauren Borak (10) said that “It is where the Spanish culture celebrates the dead.” This is what most people say who don’t celebrate the holiday. This definition, of course, could be considered inaccurate. According to the University of New Mexico, “It’s a Mexican celebration of life, when souls of the departed return to Earth to visit or provide advice to family or loved ones.” Obviously, other people’s definition of The Day of the Dead is far different from the actual meaning.

In Mexico, gravesites are publicly owned or managed by local churches, so it is up to the family or community members of the deceased to maintain the graves. During the Days of the Dead, the family will clean up and decorate the grave with candy, flowers, and favorites food of the deceased. Also, the family might sing, eat, and tell favorite stories of those who have passed.

On the other hand, in the U.S., graveyards are privately maintained and owned, which means the gravesites aren’t accessible in the evening when they celebrate the tradition. Instead, they set up altars in their house with flowers, candles, pan de muerto, skulls, and pictures. The altars drinks are supposedly put on the altars to quench the thirst of the dead. In addition, salt is considered the spice of life, and scents of marigold are considered to be beloved by spirits to invite them home, which are put on the altars. Sometimes the community will host a variety of events in honor of the Days of the Dead.

Grace Young (10) voices “I think everyone focuses just on Halloween and forgets there is other cultures in America that don’t celebrate Halloween, but Dia de los Muertos, etc.” Unfortunately, this is very true when it comes to Days of the Dead.