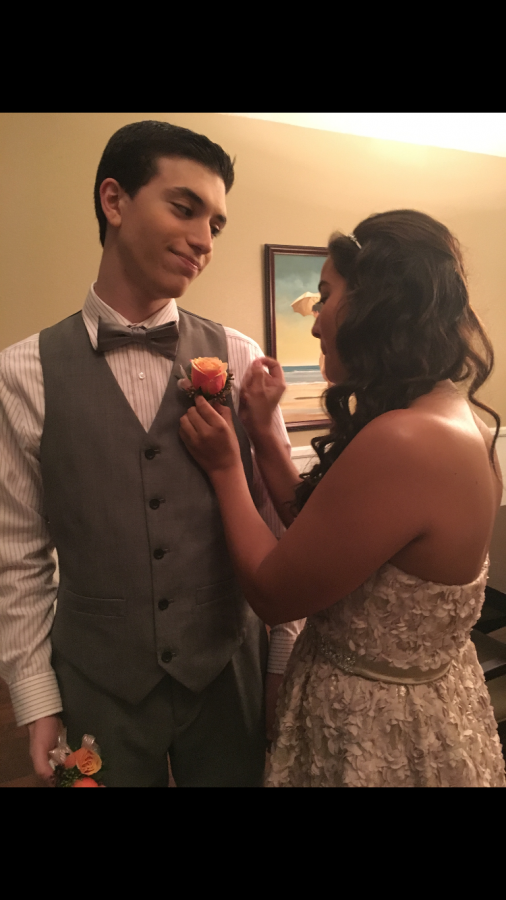 Are you suited up for homecoming? This year the senior class presented the 2015 homecoming theme- Dancing Through the Decades. With each decade consisting of a different group of performers for the homecoming rally, Dance Company, Cheer and Song each got a different decade from the past to incorporate into their performance. The senior class officers, Katie Faithe (12), Skyler Davis (12) and Rachel Toledo (12) each spent a vast number of hours to perfect this special day, in order to make it spectacular. They thought of the theme because they knew the students could easily dress up for the days pre-rally and had fantastic ideas for the decor for the rally and throughout the night!

Rachel Toledo (12) says “the class officers are really excited for homecoming this year and have put a lot of work and effort into planning it. [She] loves the theme and feel like it’s something all people will love. [She] knows that [the class officers] can’t wait for the students to travel through time during both the rally and dance.”

To help the three senior officers prepare for the dance, the ASB students were assigned into different groups to each work on a separate decade. Behind the scenes, posters, time machines, and cutouts of various topics throughout the decades were painted and glued together by the ASB students. The many posters and cutouts were then used for the homecoming game, where the school announced the court and homecoming queen, and are also used for the rally during school.

Katie, Skyler and Rachel also designed three different homecoming invitations for when the students picked up their tickets for the dance. The different themes (50’s, 60’s, 70’s, and 80’s) all have a unique design to highlight that specific decade.

Many students will agree that one of the coolest parts of the 2015 homecoming was that the rally tied into the half-time of the homecoming football game. During the rally, the Emcee’s came out of the time machine and experienced different decades as they traveled through time. The most interesting part was that when the rally was over, and during the football game, the Emcee’s came back out again and pretended to have traveled to the future- discovering who the 2015 homecoming queen was.