A Rainy Winter In California? 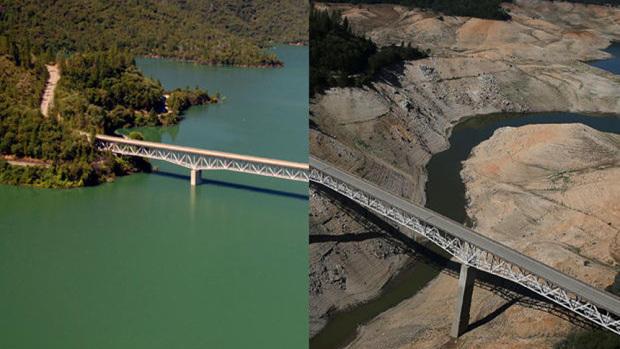 There is a ninety-five percent chance that El Niño will be hitting the Northern Hemisphere this winter. For Californians, a rainy winter is a novelty, and since the state is suffering through its worst drought in a millennium, this news gives us joy.

What is an El Niño? It is a weather phenomenon that involves the warming of the Pacific Ocean west of Peru. The temperature change can cause dramatic changes in weather patterns worldwide, and can bring wet rains to California but can cause droughts in Indonesia and Australia. This occurs about every five years. California experienced two of its wettest years during two of the strongest El Niños, in 1982 and 1997. This year, scientists are more confident that we will have one because of the warm ocean temperatures. In fact, in this benchmark location of the Pacific Ocean last month, the temperature was the highest it has ever been for the month of July since the summer of 1997 according to La Times.

Orange County cities get roughly half their water from a groundwater aquifer largely recharged by local rain and recycling, so “a wet winter could be a boon here” (ocregister)

But officials also say that it is almost impossible for an El Niño to end our four-year drought in a single year. California’s mountainous north would need 2.5 times to three times its average precipitation to end the drought, and the record is only about double the average rain and snowfall.

Victoria Sturges (10) states, “I feel like [El Niño] will not completely get rid of the drought, but it will definitely make a difference in giving us a little more water than we already have.

Snow is typically California’s natural water storage system, accounting for two-thirds of the state’s freshwater and it slowly melts throughout the summer, running into rivers and aqueducts; but this summer, we had zero snowpack according to sf gate.

Even if El Niño is as strong as predicted, it will take several wet winters to recover from the state’s persistent drought and residents must continue to conserve water.

Australian climatologist, University of Southern Queensland professor and a program chair of the UN’s World Meteorological Organization, Roger Stone states,
“El Niño is a cruel system. They bring relief, but they bring too much rain too quickly. That’s when you get mudslides, landslides, topsoil washed away.”
For four years, dry winters and burning hot summers have depleted reservoirs and river systems and have also set fire to much of the land. But the ground isn’t ready to absorb it now that the rain might finally be coming. The same drought that makes the state so desperate for water has also baked the earth and made the land bare. Forests, that once use to strengthen the soil and soaked up rainfall, have been destroyed by wildfires (theguardian).
According to New York Times, state emergency officials are also being forced to turn from trying to manage water conservation and forest fires to preparing for floods, mudslides and debris flows that follow extended dry periods. The prospect of El Niño threatens to lull Californians back to long showers and daily watering of lawns after months of success at persuading Californians to conserve water.