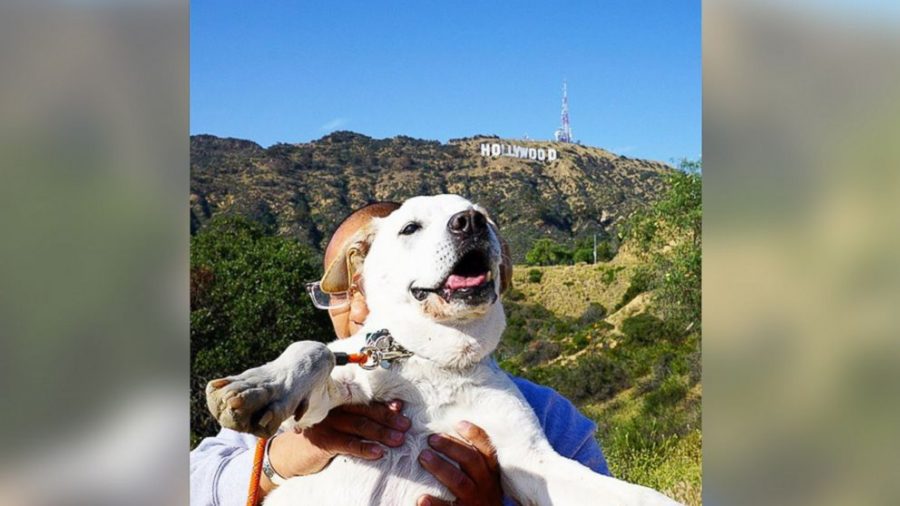 You often times hear people say that their pets are more than just pets, they’re family. They are an extension of the familial unit; therefore, are treated almost just the same as any other family member. “My dogs are everything to me and my family” Kyla Qumsieh (11). So, when Thomas Neil Rodriguez from New York City took his mixed breed dog, Poh, on a wild adventure before he passed away form a terminal illness, it jerked the hearts of everyone all over the world.

Rodriguez had rescued Poh from an animal shelter and has been a part of his family since Poh was only eight weeks old, in December of 1999. the fifteen year old dog was diagnosed with several health issues and many veterinarians told Rodriquez that Poh will not be able to live that much longer. Because Rodriguez did not know when his dear friend would pass form this world, he decided to take Poh on one last trip.

March 6, the whole family – Poh, Rodriguez, and his fiance – had decided to embark on a cross country journey, visiting 35 cities, and traveled by car for 12,000 miles. the end destination was California and Poh made stops ranging from North Carolina, Texas, Oregon, and Arizona, all the while taking pictures in front of monuments and fmaous landmarks of each city he had visited.

Rodriguez claimed that he did not know if Poh would make it two weeks on the trip, but Poh defied all odds and spent seven weeks with his family. On the trip, Rodriguez had noticed that Poh seemed a lot better and acted like he was years younger. The trip seemed like it had healed Poh because of the vibrant aura he had emitted along the trip.

Many people could follow Poh and his family because of the Instagram account Rodriguez had made in order to document the trip.  On the account you can see Poh on his many adventures and him posing in front of the famous landmarks they had seen along the way. The account has gotten a lot of positive feedback and has inspired thousands of pet owners to “seize the day” and to always take time out of any hectic day to appreciate and cherish your pets. “I love my pets and I honestly would do anything for them. they make me whole” Salma Valenueva (11).

Rodriguez is grateful for the time he was able to spend with Poh and hopes to inspire others to really stop and appreciate how a pet is a home and a child. “People think I take care of Poh, but he takes care of me.”

So Mustangs, lets all come together and help make this world a little bit better for all of those animals out there who need a voice. Let’s be the voice for those who have no voice. Let’s take time out of our busy schedules to appreciate the love and comfort our pets bring into our lives.