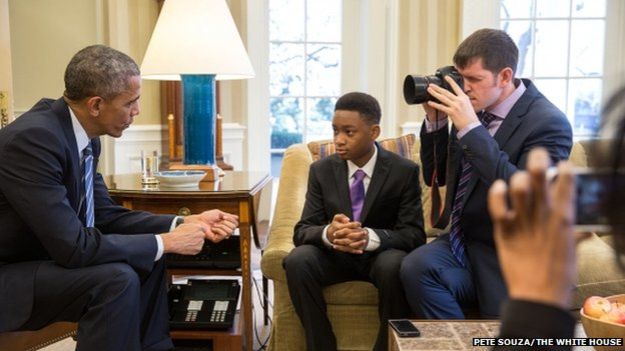 Started by Brandon Stanton in 2010, Humans of New York, an online photoblog, has become a huge success, impacting many different people’s lives.  Humans of New York started as a part of Stanton’s passion for professional photography but has gone on to capture the stories that strangers in New York have to share with a worldwide audience.

Before HONY, Brandon was a bond trader in Chicago, but after three years, he moved to New York to pursue his passion.  According to the HONY website, www.humansofnewyork.com, Stanton’s mother was not too happy about it.  However, Brandon’s passion was not supposed to lead him down this path.  Originally, he planned on taking 10,000 portraits and plotting them on a map of New York City.  Eventually, this project involved into him taking not only portraits of New Yorkers, but also getting a quote or short story from them after each picture was snapped.  Thus, the blog, Humans of New York was formed.

Today, HONY is a complete success.  Brandon now has over 12 million likes on Facebook, a published Humans of New York book, and huge success in fundraising for causes he is interested in.  He has taken portraits of people in the streets of Boston after the Boston Marathon bombings, and even volunteers and victims of Hurricane Sandy. Just this past summer, he teamed up with the United Nations to visit countries like Iraq, Jordan, Israel, Democratic Republic of Congo, Kenya, Uganda, etc.  Through this, he captured portraits and stories of the people he met along the way.

HONY has a large impact on its viewers, but it also has a large impact on the people he meets along the way.  This year, Stanton photographed a boy from Brooklyn who said that his  principal was the person who had the greatest influence in his life.  Inspired by the boy, the students, and the principal of Motts Hall Bridges Academy that he later met, he went on to fundraise enough funds to send a class on a trip to Harvard University.  Through the online fundraising website Indiegogo, he ended up raising over 1 million dollars by the end of the campaign, earning him a chance to meet President Obama.

However, this was not the only time that HONY made a huge impact on someone’s life.  In 2013, he helped a couple raise enough money to adopt a baby from Ethiopia, and in 2014, he helped a boy who had a dream of owning a horse and his family raise funds to visit Colorado.  In December of 2013, he earned the title as one of the “30 Under 30 Changing the World” for Time Magazine.  Tianna White (10) states, “I love HONY and all of the positive things it is doing for our world.  It is not only letting people from across the world get to hear a story from someone in New York or even Iraq, but it is also allowing Brandon and his viewers to change some people’s lives.”

What started off as a passion that evolved into a far-fetched dream has become a movement that is affecting the world immensely.  Today, when someone is exposed to the limelight, he or she will often take it for granted, but not Brandon.  He has taken his fame through social media and has become a major influence on his worldwide viewers, and the people he has met through his journeys.  Brandon Stanton, founder and creator of Humans of New York, is a young man who is influencing thousands of lives through his passion for photography.