A Tragedy Close to Home 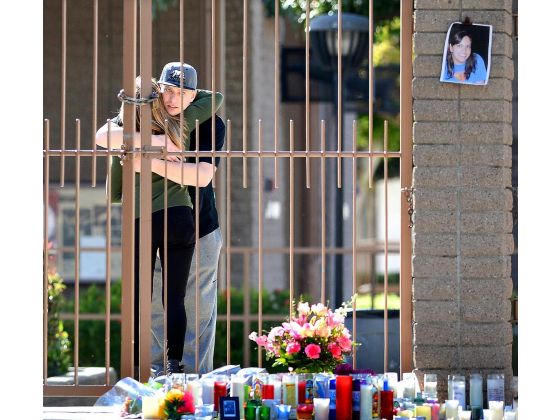 Monday February 2nd, an El Dorado High School photography teacher died of an “apparent suicide.” Jillian Jacobson was found hanging in her classroom after students had been waiting outside of a locked Room 902 and had asked a teacher next door to unlock it, assuming that Mrs. Jacobson had just not arrived to her classroom yet. When the teacher opened the door, he and the students saw Mrs. Jacobson hanging from the ceiling, still alive, and quickly got her down. The paramedics were promptly called and when they arrived she was in cardiac arrest.  Placentia Police Lieutenant Eric Point reports that the paramedics “made every attempt” to save her life, but it was unfortunately too late.

The students who found Mrs. Jacobson were taken to crisis counselors which were made available to all students by Monday. The rest of the student body was, at first, told to remain in their classrooms.  Soon they were gathered in the auditorium and the administration revealed that Mrs. Jacobson took her life. The students were sent home at around 11am.

EDHS Junior Leo Amaya reports that Jacobson “gave no signs of being depressed or sad,” which was the consensus among many of the late teacher’s photography students. In fact, she would often tell her students that they shouldn’t commit suicide because her father had taken his own life.

One can never truly know the inner workings of another’s mind. Obviously, Jillian Jacobson was miserable but put on a happy facade for her family, friends, and students. “I think it is sad that someone can think their life doesn’t matter–everyone matters and there is always a better alternative to suicide.” reports Melissa Hoo (12). Unfortunately, Mrs. Jacobson didn’t get help and, for some reason, felt as if her life didn’t matter. If you feel like this, please call the National Suicide Prevention Hotline, 1 (800) 273-8255, or talk to someone about how you are feeling. There are ways that one can get past feelings of loneliness and depression. Also if you notice any of the signs below, from the American Foundation for Suicide Prevention website, in a acquaintance, friend, or family member, talk to them and convince them to get help.

Talk
If a person talks about:

Killing themselves.
Having no reason to live.
Being a burden to others.
Feeling trapped.
Unbearable pain.

A person’s suicide risk is greater if a behavior is new or has increased, especially if it’s related to a painful event, loss, or change.

Increased use of alcohol or drugs.
Looking for a way to kill themselves, such as searching online for materials or means.
Acting recklessly.
Withdrawing from activities.
Isolating from family and friends.
Sleeping too much or too little.
Visiting or calling people to say goodbye.
Giving away prized possessions.
Aggression.

People who are considering suicide often display one or more of the following moods.

The OC Register contributed to this article.