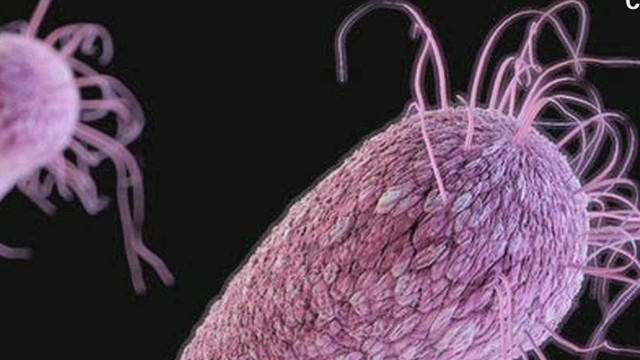 Carbapenem-resistant Enterobacteriaceae, or CRE, which kill up to half the patients who contract them, has hit the U.S.

Superbugs made headlines two years ago when the CDC (Centers for Disease Control and Prevention) warned it was spreading.

They’re back in the news after seven patients at a Los Angeles hospital contracted CRE after routine endoscopic treatments for the gallbladder, bile ducts, or pancreas.

The Ronald Reagan UCLA Medical Center states that two of the seven have already died. A hospital spokeswoman said CRE was a contributing factor in the deaths, but the exact cause of the deaths wasn’t immediately disclosed. The Ronald Reagan UCLA Medical Center is contacting 179 others who have had the endoscopic procedures done between October and January. It is also offering them home tests to screen for the bacteria.

CRE is a family of bacteria that is usually found in hospitals and other healthcare facilities. It can be deadly since it has evolved to have a huge resistance against antibiotics. The family of the superbug includes Klebsiella and E. coli which people have naturally in their intestines, but when they spread to other parts of the body, they can wreak havoc.

Some CRE make an enzyme called Klebsiella pneumoniae carbapenemase that destroys the strong antibiotics that are used to fight against it.

You don’t get CRE when somebody sneezes on you, you have to touch an infected wound or stool, then touch a vulnerable part of the body, like an open wound. And that is why the superbug doesn’t spread on the streets but instead in hospitals, where health care workers and others can spread it by touch.

Someone may forget to wash their hands after coming in contact with stool or a wound or a procedure could be performed with a contaminated instrument, like a surgical device or an endoscope.

However, CRE can also spread from other soiled invasive medical inserts, like respirator tubes or catheters, and those infected are usually patients being treated for some other ailment. These patients have underlying health conditions, which may have left them more susceptible to CRE. Researchers warn that CRE could spill over into the streets if they become more widespread in hospitals.

Some antibiotics work against CRE but not many, and the some that do can cause kidney damage. Caregivers can also remove some bacteria by draining off the abscess. Some CRE strains have been reported that are resistant to all antibiotics. On the other hand, some people contract the bacteria without an infection ever breaking out.

Jackie Pronk(9) states, “CRE, while not very well known, is an easily preventable virus that can potentially become as obsolete as polio if hospital personnel managed to change out gloves and properly cleansing areas that may serve as CRE carriers when dealing with any kind of patient. Doctors and nurses may feel like there is not enough time or necessity to regularly clean out materials or dispose of infected apparel when dealing with non-threatening cases, but it could save the lives of many not just from CRE but also from other spreadable viruses.”

A good way to fight the spread is cleanliness. The CDC states that washing hands and sterilizing instruments is really important. If you’re a patient in a hospital, remind your caregivers and the staff to do the same, and don’t share a room with an infected patient.