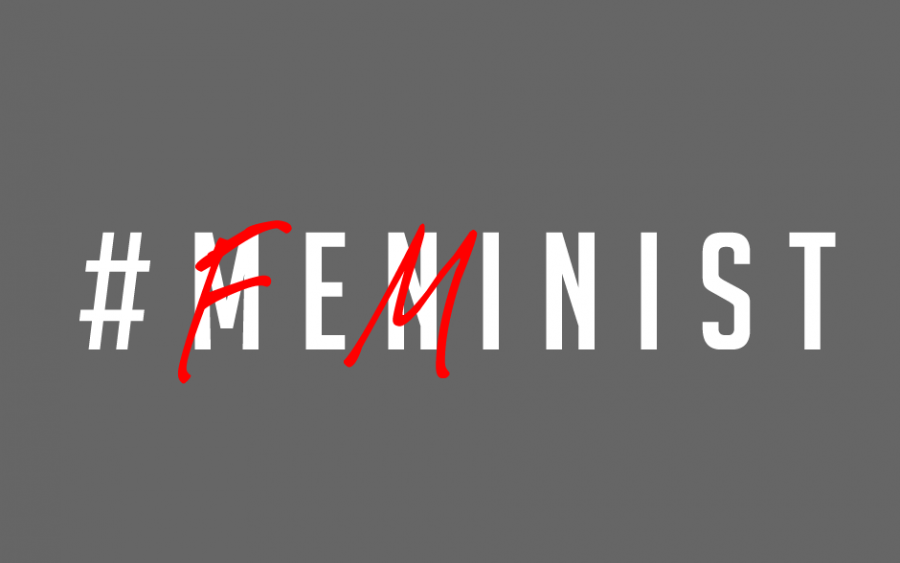 Men and women are two creatures of completely different emotional dissents. Men will never understand why women need to over-analyze every tiny detail about their lives and women will never grasp the concept of manly competition or why they never, EVER put the toilet seat down. Who is really to criticize the other for their tendencies? One would think that this world would be clear of gender discrimination; however, the year of 2014 has awoken the fuming band of Meninists.

The divide between men and women has been, and always will be, eternal. The age-old controversy goes as follows: women work just as hard as men do; however, they do not receive the same amount of respect or notoriety for their societal contributions. Thus, allowing for Feminists to create their platform of equal rights and fair treatment towards women. Since the mid to late 1900’s the Feminist platform has exploded and transformed into a band of “emotionally blinded” women who are fighting to be recognized as the superior gender, rather than equals. This is the issue that does not settle well with the so-called Meninists. Do men have a real reason to be angered by the Feminist institution, or is the creation of the Meninist belief an unnecessarily satirical mocking of Feminism?

Branching recently from Twitter, Meninists believe that they have been cheated of their reputation as a gender because of over-exaggerations imparted by women. In the past month, hundreds of “@Meninist” twitter accounts have been anonymously created in order to voice what, apparently, the common man views on Feminism. “The ignorance of the tweets is ridiculous,” states Kamy Heyman (10). The accounts have absolutely exploded and have caused an outrage among women due to their insulting remarks via photos, memes, tweets, etc. Quite sarcastically, the tweets expose women to be these hormonal monsters who cannot think for themselves, and who need to believe that they are under-appreciated in order to stand for something larger than themselves. Among the various definitions of Meninism found on Urban Dictionary, one that captures the views of angered women is as follows:  “Meninism is a mockery of feminism and proves that women can’t request equality without white men making everything about themselves. Oppressed white guys think that feminism is a threat to their masculinity. @meninisttwitter if you follow meninism, you don’t know what feminists stand for. you are the PROBLEM OF SOCIETY.” Although obviously a tremendous joke, the creation of Meninists has only heightened the tension between the great gender debate, which begs the questions: Have Meninists gone too far in attempting to expose Feminists? Is there a real reason for this newly acquainted drama?

To some, Meninism needs to be further exposed in order to emphasize the idiocy displayed by women. The Meninists seem to be drawing this attention to themselves to highlight and mock the ways that Feminists carry themselves. Filled with sarcastic gimmicks and pathetically entertaining jokes, the Meninist accounts are out to provide more than just foolish entertainment. They are attempting to drive home the fact that Feminists are over-eager to loudly voice their opinions on issues that are not really issues. “I can’t even tell my guy friend that he’s ‘acting like a girl’ without a feminist breathing down my back, ready to verbally fight me,”‘ relates Jonathan Mestas (12). A definition of Meninism on Urban Dictionary that combats the previously stated one is “A dismissive term used by feminists to describe someone who has concerns regarding the challenges or inferior outcomes faced by men and boys, whether those concerns are justified or not. Usage is generally limited to feminists who don’t realize that for the feminist movement to achieve its goals, it must recognize all forms of discrimination and be inclusive of men rather than treat them as the enemy and that two opposing forms of discrimination do not equate to equality.” When it is put this way, anyone can see the reality behind the Meninist uprising. This is not to say that posting insulting remarks on social media is right; however, it is also not to say that men are evil and feminists are 100% justified in their words/actions.

Sarcastic or not, Meninists have an underlying method to their madness. Feminists should not be pushing for all women to hate men, and Meninists should not be alienating Feminists to be spawns of Satan. Martin Luther King Jr. did not dream of this war of passivity. Rather than hating on one another, both genders should work together and unite for the ultimate prize of equality. It is up to us to put aside the childish games and get over ourselves to realize that the world is a representation of the actions we take as the people who inhibit it.