Road Rage Incident in Diamond Bar Leads to a Standoff 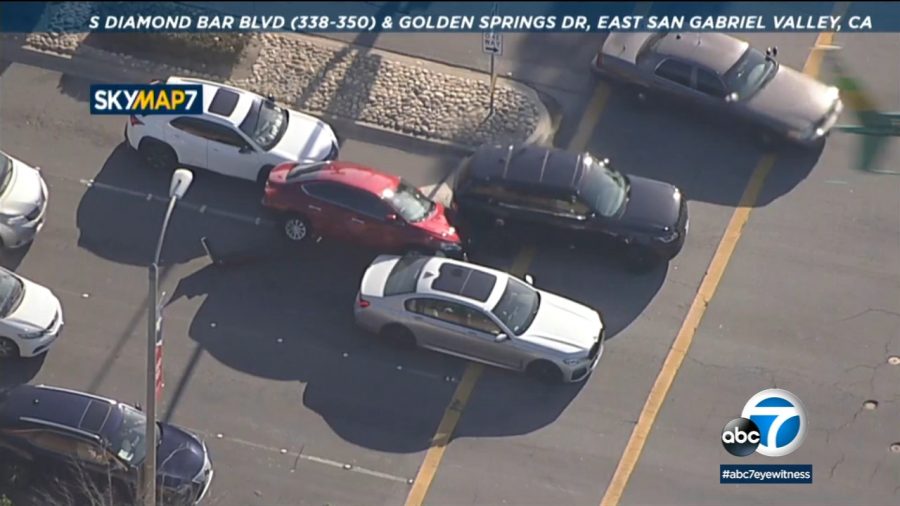 A road rage incident was followed by a car chase that ended in a standoff.

On March 9th, 2021, a violent car chase took place in San Gabriel Valley, which was followed by a three-hour-long standoff. After deputies threw tear gas into the car, a 9-year-old girl finally emerged from the vehicle, and her 30-year-old mother was taken into custody.

The chase was prompted by a road rage incident that occurred at around 3:00 pm in which a motorist flagged down deputies reporting, according to losangeles.cbslocal, that “they had been repeatedly and intentionally rear-ended by the suspect,” who was later identified as Margaret Hassan. Hassan fled from the deputies as they tried to stop her. The Los Angeles County Sheriff’s Department has stated that they were not aware of the child in the car at the time. As seen in various released videos of the incident, the suspect hit numerous other cars as she forced her way through and dragged her rear bumper along. According to KTLA 5 News, “the chase went through Chino Hills, Chino, and Ontario, eventually coming to a halt in Diamond Bar.”

The chase came to a stop at approximately 4:00 pm on northbound Diamond Bar Boulevard and Gentle Springs Lane once she rear-ended another car and her vehicle was no longer functional. However, the suspect refused to leave the vehicle even after authorities fired rounds into the vehicle. Finally, at 7:00 pm, a tear gas canister was thrown into the vehicle in an effort to force the suspect out. Officials were shocked to see not only the woman exit the vehicle but a young girl as well. After emerging from the vehicle, the child was brought to the safety of a SWAT officer and then taken to the hospital for a precautionary medical examination. Hassan’s 9-year-old daughter was then released to the LA County Department of Children and Family Services.

As for Hassan, she was taken into custody, examined at a hospital, and later taken to a detention facility. According to the Los Angeles County Sheriff’s Department Information Bureau, she “was arrested for Assault with a Deadly Weapon, Child Endangerment, and Felony Evading [and] is being held in lieu of $130,000 bail.”

Both Hassan and her daughter are safe. However, throughout the car chase, numerous lives were undoubtedly at risk and many vehicles were severely damaged. Amber Han (11) adds “thankfully, the 9-year-old girl was okay. After being in a car chase and shot at for almost four hours, I can’t imagine what she had been going through.”