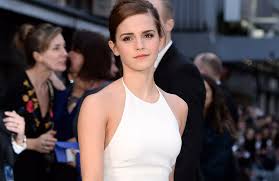 Emma Watson was an actress from the year 2001 to 2019. She has finally decided to take a break for a while to focus on her fiance Leo Robinton.

Actress, Emma Watson, suddenly decided to take a break from the acting world. Emma was born in 1990 in Paris, France. She was raised in England and grew up there for the most part.

Emma has a fiance named Leo Robinson. Emma and Leo decided to keep their relationship out of the public for quite some time. She finally announced this year the relationship between the two of them. Her whole reason for stepping back from acting for a while is focusing and spending time with her fiance.

Emma became famous because of The Harry Potter series. She was Hermione Granger. She first aired in 2001 in “Harry Potter and The Sorcerer’s Stone.”

Freshman Avery Bollin (9) said, “Emma Watson did a great job in the Harry Potter series. I’m so sad to see her leave acting, but I am thrilled she has found someone and is focusing on life outside of acting.”

She acted in The Harry Potter series for about ten years. She finished filming in the year 2011. Emma put in her wand in retirement and moved onto a different project.

Her next acting job after Harry Potter was the movie “The Perks of Being a Wallflower.” The film was made in 2012, and she played a girl named Sam.

The next big acting job after the movie “The Perks of Being a Wallflower” was “Beauty and the Beast.”

She was the lead role and played Belle. Emma Watson is well known for this movie and how well she portrayed Belle. There was an interview after the film was finished; she talked about how she always thought she was like Belle. Also, she spoke about how Belle is a great role model for little kids out there, and she loved being able to play that role and be a role model for kids to look up to.

The next big movie and last movie Emma Watson acted in was “Little Women.” She played the role of Meg March. This was the previous film Emma worked in, and she will leave with that as her last movie for a long time.

Emma Watson did not entirely quit acting, but she has decided to take an extended break to focus on her personal life and spend quality time with her fiance. Emma Watson’s fans respect her decisions but will deeply miss Emma being on the big screen for a few years.

The real question many people have been wondering is how hard it will be to come back to acting. Most actors try to come back to the acting life, but many do not come back as famous. A few good examples of people who wanted to come back are Tobey Maguire, Amanda Bynes, and Robert Downey Jr.

Emma Watson has made a reasonable choice to leave acting for a bit and focus on her personal life. She had a great career and made a name for herself. Emma Watson can now relax and live her life freely.

Thank you, Emma Watson, to give people a childhood and be a role model to many kids.