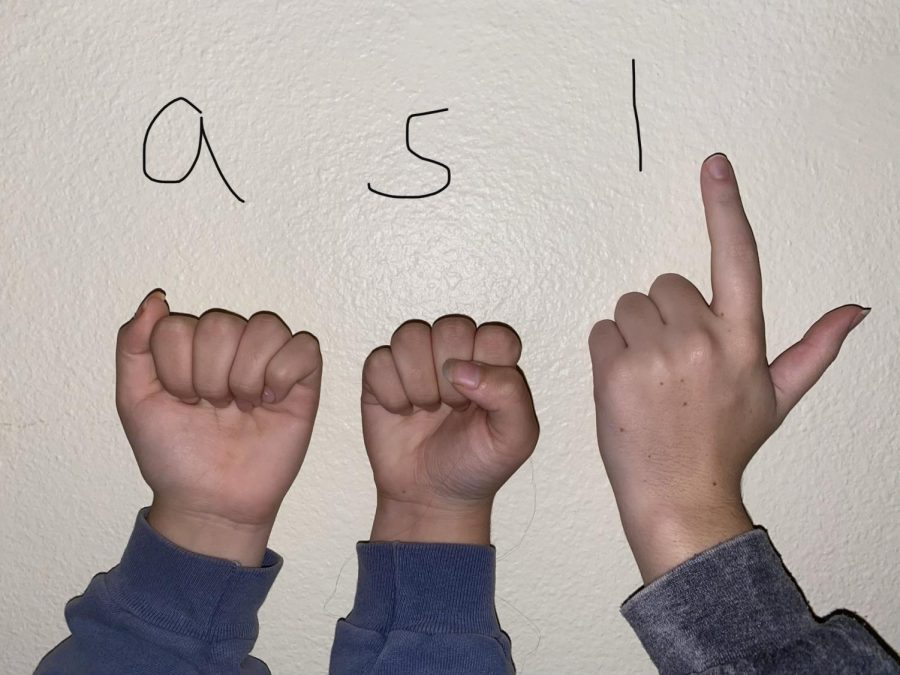 These are the letters a, s, and l in sign language, which stand for American Sign Language

At almost every high school you go to, they always offer the basic languages to learn, commonly ranging from French to Spanish to German. However, one of the most common languages that are not taught in school is not a speaking language, but the language of the unspoken. Sign language is a popular and important language that many people across the world use to communicate, however, it is rarely offered to learn in schools. Here are several reasons why sign language is a valuable language to know, and therefore should be offered as a language to learn.

Considering the number of people in the world that use sign language as communication, it should be important enough and qualified enough to be taught in schools. About 70 million people use sign language worldwide, and of that number, 13% are teenagers over the age of 12 (usahearingcenters.com). Offering sign language in school can allow students and teachers to communicate with their peers that are hearing impaired, and allow them to have an easier and smoother time communicating with others. While explaining her classes, Jenna Roncevich (10) states how she “wanted to learn sign language instead of the languages at the school, but she could not because it was not offered.” It can also provide more job opportunities for teachers that can teach sign language, which can overall help with the economy and unemployment rates.

Not only can sign language be beneficial during school, but it is also a skill that can be useful to know in the future. Having the ability to speak sign language on your resume is a unique feature that can make you stand out amongst others. Many jobs ranging from receptionists in offices to hostesses in restaurants can find sign language a valuable asset to have on a resume as coming across deaf guests who mainly use sign language as communication can be common. Teaching sign language in schools can increase the chances of someone getting a job or into a certain school, just like any other subject taught in schools.

Sign language being offered in schools can also help with socializing and interaction in school. Kids will be able to interact with each other in a new and different way, and can also reach out and interact with kids who are hearing impaired. It is also sensitive to kids with special needs that cannot communicate efficiently using words. Unfortunately, in most schools, kids with special needs are commonly looked over by the other students and do not interact with kids as normally as other students do. Teaching sign language can increase the number of students that reach out and talk to the students with special needs, which can immensely improve these students’ high school experiences and lives.

With the increase of sensitivity to special needs and hearing-impaired students, along with the ability to better interact and communicate with students, sign language should be a given to be taught in high school. Not only can this help with including all students at school, but it can also make many of these students’ lives much better, and their high school days go much smoother. But the benefits do not stop there. Sign language also can be a unique skill to have on resumes, increasing the chances of people getting jobs or getting into schools. Obviously, with the numerous pros, sign language is a valuable asset to have in life that should be more commonly known worldwide, which should start at schools by offering it to be taught as a language option for students to take.