High Schools Across the Globe 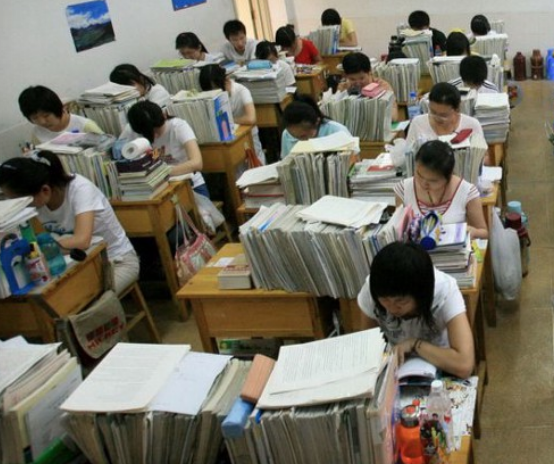 Around the world, the education system for high schools varies drastically. Considering different cultures, religions, holidays, and more, high schools in parts of the world create systems that they believe works best for them. Although a typical day of high school in the United States feels normal for students, students in other countries would find it abnormal and extraordinary.

Yorba Linda High School (YLHS) is a public high school and is ranked #73 out of 1,842 for California’s best public high schools (Niche). Also, YLHS consists of grades 9-12 and has almost 2,000 students that attend the school. The United States is currently ranked #1 in education with variations of teaching methods such as private, public, charter schools, or homeschooling (USNews).

The majority of students have a schedule of six classes; however, many students have a zero period, seventh-period class, or both for those who can handle a rigorous course load. Typical courses found on a YLHS student’s schedule are language arts, social studies, science, math, foreign language, art, and a sport or physical education. In the United States, the average 15-year-old spends 6.1 hours of homework per week (Quartz), and with a busy schedule containing extracurricular activities, school, and jobs, students have a difficult time juggling everything.

In the classroom, class sizes range depending on subjects; however, there is a rough average of 30 students in each room. At YLHS and most other high schools in the United States, students move to their next class after each period rather than the teachers moving classrooms to teach a new set of students. This allows teachers to have personalized and decorated classrooms since they are in the same room throughout the day.

At lunch, students have a thirty-minute break to eat food they either bring from home or can buy lunch at the cafeteria. For lunch at YLHS, students usually choose to have pizza, hamburgers, chicken tenders, or a salad and have a side of fruit or vegetables and a drink. Special desserts are sold for extra money, including slushies, cookies, and ice cream on select days.

Numerous clubs are provided at YLHS that are open to all students varying from service, religious, political, culture, or interest-based clubs. A few popular clubs at the school are Key Club, Interact Club, Political Social Activist Club, and Future Business Leaders of America (FBLA) that help stimulate the community in YLHS. In addition, there are many extracurricular classes to participate in, such as band, speech and debate, science olympiad, newspaper, ASB, YLHS’s very own Mustang Business Academy or Culinary program.

Countless students participate in the athletic program, whether that is competing in one sport or three sports for each season. Sports are a subject that many students take seriously, whether on varsity, wanting to be recruited to colleges, or showing school spirit at games.

France is globally ranked #5 in education, and although there are similarities with the United States’ education system, there are noticeable differences (USNews). First, France’s school days are drastically longer, with schools typically starting at 8 am and ending around 5 pm. Some schools close on Wednesday, and older students need to attend a half-day or full-day of school on Saturday; therefore, students do not attend on Sundays or Wednesdays.

Schools in France have extremely long breaks, dividing the school year into two seven-week terms, including one to two vacation breaks between each term. Students may only attend 150 days or less of school. Compared to the United States, students usually have a school year of 180 days in California.

Throughout the day, students have two breaks with lunch at a whopping 90-minute break. School lunches in France are extravagant compared to other parts of the world. Some schools have lunches planned two months in advance, and schools take into account sugar intake and ensure a balanced lunch. Typical school lunches in France may have a side of fresh fruit, a salad, a protein (steak, fish, or chicken), cheese, and a water bottle. Students are discouraged from bringing lunch from home, and lunches may cost up to $7.

Teachers need to travel to their students’ class rather than students coming to their teachers. Consequently, it is customary to see bare rooms since teachers can not personalize their classrooms with posters and decorations.

Clubs or sports teams are very limited since sports do not significantly affect many students’ lives in France compared to the United States. Therefore, students that want to participate in sports need to attend private sports clubs after school. Instead of coaches, they have sports teachers, and schools may have mandatory two-hour physical education classes per week. Clubs are relatively basic for the selection that may be provided, such as journalism, chess, or science club.

High schools in France do not have SATs or ACTs but have a major exam called “Le Baccalauréat” that students take to enroll in college. Instead of a letter grading system, schools in France have a number system ranging from 0-20, and having a grade from 14-20 is equivalent to an A. Quartz also states that the average time a 15-year-old spends on homework in France is about 5.1 hours a week.

Ranked #30 in education (USNews), Brazil starts school at 7:15 am and ends at 1 pm. Usually, students have six classes a day and a school year is about 200-220 days. Brazil’s long vacation, or the equivalent to summer vacation in the United States, is from December to January.

Some students eat lunch with their family when they return rather than eat at school because the Brazilian culture emphasizes family importance.

In Brazil, schools do not usually provide many extracurricular activities. Schools do not typically offer team sports or music classes such as band. Therefore, students need to participate in private sports clubs or institutions to gain this experience.

There is no standardized grading system and schools either use percentages from 0%-100% or a 0-10 scale to grade work (10 or 100% being the best). Students’ main subjects include geography, math, history, science, Portuguese, and physical education. In a public high school, the average number of students in a classroom is about 25 students and 18 students for a private school (The New York Times). Also, Quartz reports the average amount of time a 15-year-old student in Brazil would spend on homework is 3.3 hours.

Egypt is ranked #42 in education globally (USNews) and has schools open from Sunday through Thursday. School starts at around 8 am to 2 pm, and the school year begins in mid-September and ends in April or May.

Typical classes taught include English, music, art, computer science, physical education, Arabic, science, geography, history, and math. However, fewer subjects may be taught in rural areas since fewer resources are available such as lack of computers. Also, students may attend religious classes after school or the mosque on Fridays.

There are about 35-50 students in a classroom and teachers rotate classrooms each class period. The relationship between teachers and students is formal. For example, when a teacher enters the classroom, students stand up and greet the teacher.

China is famous for its focus on education and rigorous course loads as it is ranked #24 in education across the world (USNews). Students are required to complete at least nine years of education and take an exam to be accepted into not only their desired college but also for high school.

Teachers work with classroom sizes of approximately 40-60 students and travel to their students between class periods. Students in China are graded on a national exam called the gaokao, a deciding factor of what universities students can get into. The gaokao test is infamously recognized as one of the most challenging exams globally and tests in three categories: literature, math, and a foreign language (students usually choose English). Schools are extremely serious about preventing cheating resulting in drones flying over in select testing facilities.

School days start at around 7:30 am and end at 5:30 pm, and the school year begins in September and finishes in mid-July. The average amount of hours spent on homework every day is twice the global average, with 45% stating it is too much homework to finish. Before the age of 18, it is estimated that students would have completed 10,080 hours of homework. Reports show that due to the excessive amount of homework, children’s sleep starts to decrease at the age of three and drops below eight hours when they reach 12 years old (China Daily). Therefore, China is the country with the students spending most of their homework at a whopping 13.8 hours per week (WorldAtlas).

Due to students attending five to six days of school a week and “cram school” in the evening and weekend, students do not have enough time to participate in extracurricular activities. Lan Wei (10) was born and raised in China until she moved to the United States in middle school, and she states the biggest difference between schools in China and the United States is that “there is a heavier focus on the academics in China, while the US values extracurricular activities almost as much as the academics.” Although China is known to be a country that focuses on test scores, there is an increase in creative activities slowly emerging.

Despite the education system varying across the globe, it was created in a way that the country believed performed best. Therefore, with the unique differences that each country around the world has, people can appreciate the diversity of the education system.