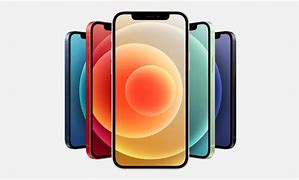 The upcoming iPhone 12 will feature a number of many new and exciting features.

One major addition that some people can look forward to is the iPhone 12 mini. As you can tell from the name, the iPhone 12 mini is a smaller version of the iPhone 12; this new phone is the smallest iPhone since the iPhone 8. Some advantages that come with this phone is that it is more affordable when compared to the other iPhone 12 models and its smaller size makes it more portable.

Another major change that Apple has been emphasizing is that the iPhone 12 will support 5G. This means that the phones will run at much faster speeds when connected to 5G service. This is exciting news for those who want faster speeds, but people should remember that not all areas have access to 5G. This means that at the moment, not all people who purchase the iPhone 12 will be able to use 5G service.

Something else that people can look forward to if they purchase an iPhone 12 is MagSafe. MagSafe uses magnets in cases, chargers, and wallets. In the past, many have had problems with their phones charging slowly when using wireless charging due to their phones and wireless chargers not completely aligning properly. MagSafe fixes this problem by using magnets to perfectly align a phone and a wireless charger each time. While MagSafe phone cases may be expensive when compared to what people usually spend on phone cases, they make charging much more convenient.

Some other features that are new include an improved camera, League of Legends, an A14 Bionic chip, better displays, improved water resistance, and as Apple’s goal to become a carbon-neutral company by 2030, earphones and wall adaptors will not be included. Analise Hopper (10) believes that “Apple has always added extra features to devices in the past. So [she] believes that if you already have one of the new phones like the 11, there isn’t a point in getting the 12.”  In conclusion, the upcoming iPhone 12 is going to have many new features. Whether you believe it is worth it is up to you, but those who do choose to purchase the iPhone 12 will be able to use a number of new and exciting features.