Dancing with the Stars, Season 29, is Back 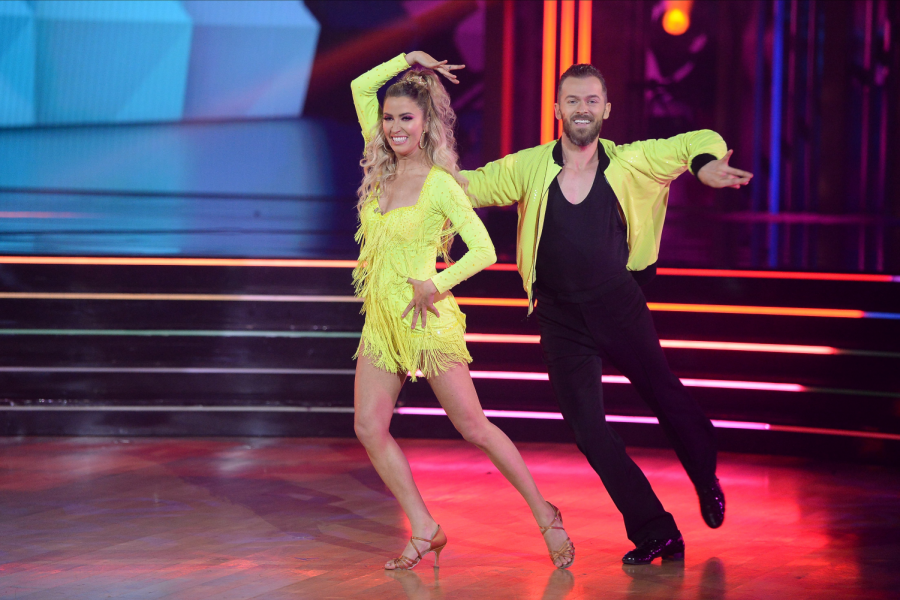 Finally, Dancing with the Stars is back. Season 29 started with a bang this past Monday, September 14th, with intricate and fiery routines. While things may look a little different this year, it is refreshing to be able to watch an array of celebrities begin their journey for the final spot.

Despite the lack of a studio audience, backup dancers, certain props, and the new transition to virtual audience voting, the show is in its normal setting with the insurance of a sanitary environment. A few changes have been made to the cast this year: Tyra Banks has taken over as the show’s new host and judge Len Goodman has been replaced by the talented Dereck Hough. Goodman is not able to participate in the show this year as he stays in the U.K. amidst coronavirus concerns. And while minute controversy has arisen over the decision to replace former host Tom Bergeron with Banks, the show seems to be following a theme of new beginnings.

The season premiere was swarming with spice, elegance, fierceness, and power as the fifteen pairs took the stage for their first impressions. Many pairs, attracted much praise while others needed some constructed criticism.

To give some insight into the performances of the pairs, I’ll start by addressing the lowest score of the night. This score, an 11/30, went to Carole Baskin and Pasha Pashkov with their paso doble routine to “Eye of the Tiger” by Survivor. After her recent rise to fame, Baskin left the tiger scene to try her luck at dance. Unfortunately, the pair was unable to execute at a high level. Judge Bruno Tonioli was not pleased with the technicality and presentation of the piece — prompting him to give the pair a score of 3. His fellow judges took a more positive approach and commended Baskin for her effort.

Another low score was given to former NBA star Charles Oakley and his partner Emma Slater with their salsa performance to 50 Cent’s “In Da Club.” Oakley struggled on a technical level to stay on beat with the music while focusing on the completion of his dance moves. Indeed, the height difference between the pair causes challenges with synchronism. The judges presented the low score of 12/30 as a result of the aforementioned issues, but all were pleased with Oakley’s consistent effort.

On the contrary, multiple pairs shocked the judges with their advanced technicality, chemistry, and execution. One of these showstopping pairs includes Kaitlyn Bristowe and Artem Chigvintsev’s cha cha to “Stupid Love” by Lady Gaga. Bristowe, the former Bachelorette, wowed the judges with her technical skills, but slightly lacked in her intensity. Nonetheless, the performance earned the pair an impressive 20/30.

Tied for the best score of the night, Skai Jackson and Alan Bersten performed an uplifting and energetic tango routine to “Super Bass” by Nicki Minaj. The pair withheld impressive technique, but succumbed to some execution issues. The height difference between the two led to some trouble with certain holds and positions. Judge Bruno commented on his desire for a more dynamic feel to the piece. Regardless of a tight examination, the pair’s effort and focus on technicality earned them a whopping 21/30!

The second score of 21/30 went to the incredibly fierce Justina Machado and Sasha Farber as they lit up the dance floor with a fierce cha cha to Aretha Franklin’s “Respect.” This routine dripped of confidence and power as Justina became one with the dance floor. Senior, Sterling Millsap (12), accounts her “excitement growing throughout this flawless routine.” The judges had nothing but praise for the pair as they earned their place tied for the night’s best score.

The energy brought to the season premiere was infectious. Being able to continue production, amid a global pandemic, has proven to bring some challenges, but the show’s core remains: watching our favorite celebrities perform exhilarating dances every week. As the season began with such liveliness, it is impossible to determine how much better it will get.