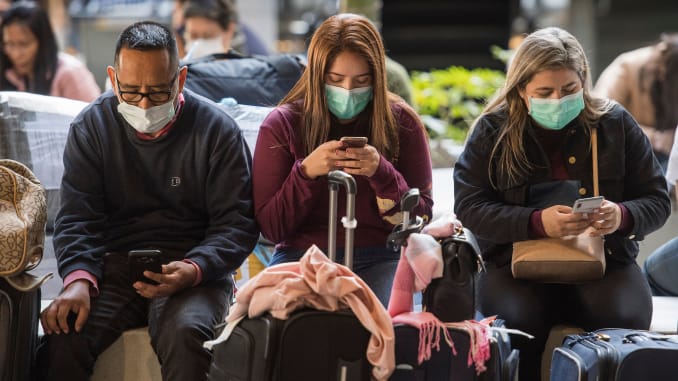 The Covid-19 pandemic seems surreal to many, as it is hard to believe that a virus is sweeping through the globe and spreading its evil wrath everywhere it goes.

Anyone with at least the smallest historic knowledge knows that the 1920’s was one of the most “cursed” decades of all time. The decade began shortly after the end of World War I, which left many Americans frustrated with the outcome of the war. With that being said, the “Roaring 20’s” allowed Americans an easy escape to creating an illusion that their lives were perfect. With heavy spending and luxurious living, this decade ended with the worst economic crisis the world has ever seen, the Great Depression. As the 2020’s approach, people are starting to conspirize that there is a curse of the 20’s.

January 2020 started off quite terribly with the continuation of the Australian brush fires, the death of Kobe Bryant, Gianna Bryant, and seven other individuals in a horrible helicopter accident, and several other horrific incidents. With these events occurring and leaving millions of individuals devastated, people across the globe began to get a peculiar feeling as to how the rest of 2020 would unravel.

A month later, in February, the first case of Covid-19 was detected in the United States, and by mid-March, all 50 states had reported cases of this virus. Subsequently, this resulted in several negative effects including economic, political, and social turmoil. In terms of the economy, many businesses were forced to shut down, and the stock market has been severely impacted. In terms of politics, America is more divisive than ever. And in terms of social life, many people worldwide are facing the psychological effects of self-isolation and quarantine, which includes an increase in depression and anxiety.

Without a doubt, 2020 so far has been filled with tragedy and devastation. Kevin Gomez (11) said, “After hearing about the death of one of my all-time favorite athletes, Kobe Bryant, I didn’t think this year could get any worse. Then the pandemic hit.” For many, this year has felt like a dark tunnel, and the light at the end still feels so far away. For others, they have already found the light.

Nonetheless, it is important to remember that 2020 is simply one year, and there are nine more years in this decade to “undo the curse.” Perhaps it cannot be undone, but regardless, all that matters is that everyone learns how to find their own peace, love, and happiness in times of chaos, hatred, and sadness. Sometimes, we all just have to make the best of the worst situations.