When Should Businesses Reopen? 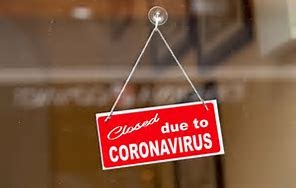 Many businesses are closed indefinitely until the coronavirus situation improves.

Around the world and in certain parts of the United States hit less hard by COVID-19, the economy is slowly opening back up for business. People who have lost jobs due to the virus are waiting for the day they can start working again and others are waiting to be able to dine in at their favorite restaurants or get a haircut. It is unclear when California’s economy will fully open again, but over time, more and more businesses will open.

The number of confirmed Coronavirus cases is still increasing, so California’s government is being very cautious about what businesses can reopen and when they should. San Francisco mayor, London Breed, wants to make sure that history is not repeated. In 1918, when businesses were closed due to the Spanish flu, people reopened businesses and people stopped isolating themselves too soon. This caused the Spanish flu to have even more casualties. Because of this, not all businesses will be reopened at once. The businesses that are expected to reopen first include dine in restaurants and churches.

In order for businesses to reopen sooner, people have to have more patience. It is no surprise that many people are tired of quarantining. There are people who have protests, but people who spend time in public places are making the time spent in quarantine longer. California’s governor, Gavin Newsom, was not pleased with the number of people who flocked to Orange County beaches. “I cannot impress upon you more, to those Californians watching, that we can’t see the images like we saw, particularly on Saturday in Newport Beach and elsewhere, in the state of California,” said Governor Newsom, referring to photos of overcrowded beaches. Analise Hopper (9) says, “people shouldn’t endanger the lives of others just because they wanted to go to the beach.” If behavior like this continues, it will be a lot longer until businesses will be able to reopen.

Even though businesses plan on opening soon, going out should still be limited until a vaccine or proven cure exists. Places with low population densities can reopen because the disease will not spread as quickly. For cities like Los Angeles, people may be allowed to return to work after having an antibody test. According to the New York Times, people have been tested with antibody tests but the tests do not always work properly.

In conclusion, businesses will remain closed until the virus can be treated or if antibody tests are used. Instead of protesting and going to public places, people who want the economy to resume to normal should quarantine so that less people become exposed to the virus. The process will be slow, but soon southern California businesses will gradually reopen.