Conspiracies! How Did the Coronavirus start? 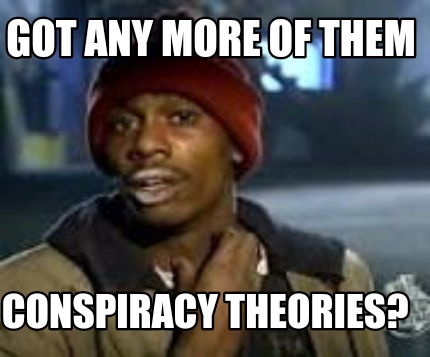 Before believing a conspiracy theory, make sure to do research and find enough sources to make sure the theory has either been proven true or false or if it’s unclear.

Theories and controversies are the poison to almost any news or media outlets. There have been many theories as to how the Coronavirus started. Although all of these theories are either hoaxes or not completely true, there are theories that have been circulating the internet ever since this virus has hit.

A theory that is strange and very much not true is that 5G is related to the virus. The reasons why 5G has been under scrutiny is because there have been conspiracy theories in which people are claiming the radio waves will cause cancer as well as other things. Conspiracy theorists have made claims that 5G is causing people to have a weaker immune system or even transmitting the disease itself. As ridiculous as this theory sounds, there was a case in the United Kingdom where arsonists burned down British 5G towers due to this theory (theverge.com). Of course, there is proof against this theory. The virus can only spread through human contact from respiratory droplets, and 5G cannot form droplets as it emits electromagnetic waves. There is also no evidence that the virus can be sustained on a 5G tower. As for the theory on whether 5G can weaken the immune system or not, according to the World Health Organization, there has been no health effect that has come from non wireless technologies. Not only that, 5G waves also lack the power to destroy cells (digitaltrends.com)

A second theory is that the virus escaped from a Chinese lab. The virus had come from Wuhan and spread from there. As much as a coincidence it may sound, there is a virology institute in the city, and the institute have been studying bat coronaviruses for a while. However, one of the prominent researchers, Shi Zhengli, a lead expert during the SARS outbreak had gone through her lab records to see if the virus really was from the institute. The genetic sequence of Covid-19 did not match any of the viruses that were sampled and studied in the institute (alliancefor science.cornell.edu). However, there are researchers that have claimed this theory cannot be true. To prove this point, a research facility in countries like the US or China would definitely be very protected and tight knit, as mistakes cannot be afforded for anything dangerous. Former director of the USAID, Dennis Carroll stated, “I think we all are concerned about the increasing presence of high-consequence pathogens in laboratories and the issue of inadequate biosecurity.” (vox.com). This theory is not yet proven false or true, so this theory is still a source of major speculation.

A third theory that is very popular is that Covid-19 is actually a bioweapon. Instead of the virus accidentally being leaked, it was intentionally made to attack. The theory that China made the virus is supported by some people in the political field as it can be used for political gain and an argument against China. Senator Tom Cotton further made this theory popular through the Washington Examiner that the Wuhan Institute of Virology is linked to Beijing’s cover bioweapon program(vox.com). As exciting or plausible this theory may sound, it was also proved false through scientific proof that the virus is from natural origins coming from bats (vox.com). So, this theory has also been disproven.

During this chaotic time, people cannot help but blame others and make theories to support their own individual beliefs. Jasper Liu (9) said, “I’d say that a bioweapon or an intentional leak is highly unlikely as it is only causing everyone to suffer. I think it’s just not right to make up theories.” With all these hoaxes and theories, people can’t help but get carried away, but it’s important to focus on what we can do to prevent the infection from spreading further rather than deciding who to point the finger at next.