Is Quarantine Causing us to Revert Back to our Musical Roots? 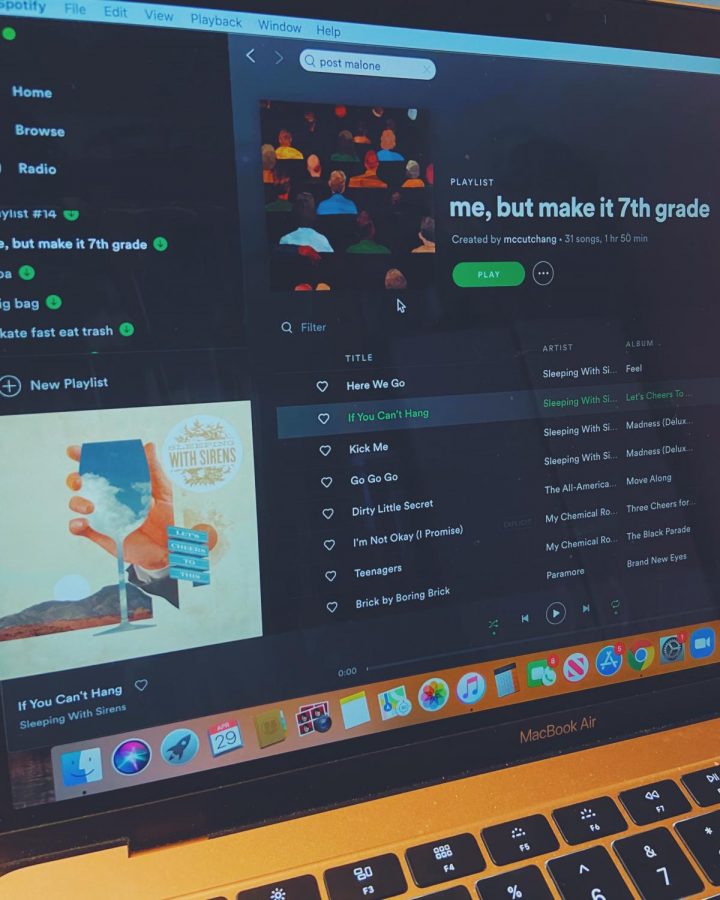 Since March 13th, the official start of quarantine for the PYLUSD district, I've made myself victim to reverting back to my old music taste from 7th grade.

Every student at Yorba Linda High School has now felt every emotion that this nationwide “quarantine” has brought to us. And as we’re slowly crawling towards the end of the second “stay-at-home” month, most of us have already explored and trialed all the possible at-home activities that there are possible. But after the day is done, the chores are finished, and homework is completed, we try to take time for ourselves.

And personally, when I think of taking some time to myself, I think of listening to music. Music is one of the greatest comforts known to man, and for an innumerable amount of people, it holds the title as the biggest source of consolation and succor.

Without even skipping a beat, we always lean towards the music that we feel the most “normal” with. It could be Pop, R&B, Hip Hop, Rap, you name it. But where did our music taste come from? At first, our initial taste of music descends from what our parents like, and then later what the majority listens to.

Nevertheless, our music taste “officially” develops around the age of 14. No longer are we dependent on what our friends or parents listen to, this is the age when we begin to think for ourselves and notice what we really like. But as we grow, we’re inevitably exposed to a wider variety of music once we’re bombarded by varying tastes and styles. Yet because we’re all at home in quarantine, that’s changed. We’re no longer constantly displayed these preferences and dispositions. We’re left with what we know and are used to.

We revert back to what we’re comfortable with, and a big part of what comforts us originates from the music we like.

In a poll that I had posted on Instagram, 68% of people who participated in the poll revealed that they had discovered, within themselves, an urge to revert back to the “simpler times” of listening to music. Meaning, the music we found on our own once we had compilation a good sense of what we liked and didn’t like based on the music tastes of those around us.

Warren Lee (12) was one of the participants who stated that he has been taking a step back, listening to his favorite throwback songs, “Even though my music taste has gone through its ups and downs since middle school, and I’ve definitely changed my preferences since then, I’ve been listening to a lot of Coldplay, Imagine Dragons, and OneRepublic.” Eugenia Lee (9) shares a similar stance, “It sort of brings back a nostalgia where I can look back on when we were, you know, not in quarantine, and life was going better than it is now.”

Regardless of what stance we’ve taken on this, you can’t deny that music hasn’t been something you noticed that you’ve been extremely grateful for. Even if the entire world changes, along with our music tastes, the music that we’ve love and will always love will consistently be there.