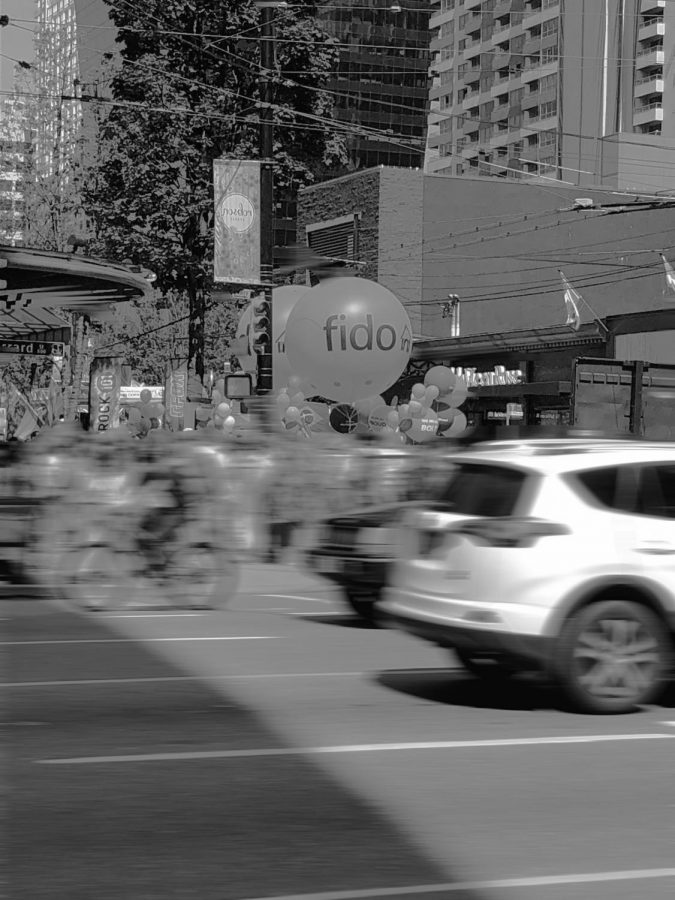 A dramatized glimpse of a hypothetically normal world. The greyscale colors represent the monotony of a “normal” world. Everyone simply exists, trying to fit in with each other, bustling by as part of their daily routine.

Actually, what does “normal” mean? According to Merriam-Webster, to be normal is to “[conform] to a type, standard, or regular pattern.”  To be normal is to face the daily struggles of life that nearly everyone faces, with normal goals, such as a promotion at a conventional nine-to-five job.   Day in and day out, society encourages us to repeat this cycle.

Unfortunately, the concepts of uniqueness and individuality nearly become null and void when one tries to be “normal.”  After all, the concept of normalcy has its roots in conformity. We all want to conform to the mold of a normal life that society creates for us, forcing us to give up our aspirations and desires to better fit this mold.

The paradox of this idea of normalcy becomes apparent when we reexamine society and the names that we revere.  Examples of such notable people include activists, celebrities, and influencers. Essentially, the names that we venerate are remembered because we associate them with people who strove to be more than normal.

In a “normal” world, everyone would be similar to each other, if not identical, both in mannerisms and in lifestyle. Nobody would dare to challenge this mindset, for fear of breaking the norm. Ironically very little individualism would exist between individuals in a hypothetically normal world.

So what can we do to prevent a world such as this from coming to fruition?  We embrace that which makes us strange. Our quirks make us unique. No two people share the same interests, skill sets, or appearances.  Why not embrace this sense of uniqueness? What do we have to lose?

In the end, we all want to fit in.  But we must also remember that being strange is not a crime.  We should not scorn individual self-expression; rather, we should support and pursue it for ourselves if possible.  After all, a “normal” world is a very boring world indeed. And who wants to live in a world such as that?