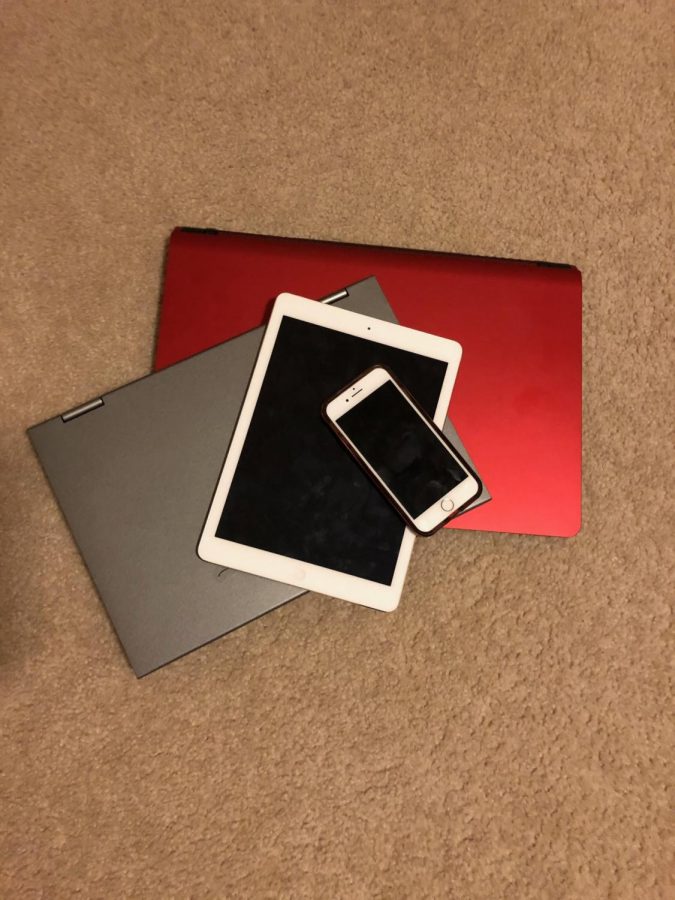 Children use various different types of technology in both negative and positive ways.

Technology has developed and become so easy to use, meaning it has reached younger generations. It is almost common to be walking around public areas and see a six-year-old using an iPad that is bigger than himself/herself. But should we see modern technology as a negative aspect of culture that is influencing the childhood of younger generations, or as an opportunity to advance in this modern culture?

One point of view can be heard from our parents on a daily basis. “When I was your age, we ….” Some bad habits of teenagers can be traced back to how they were raised. Growing up in a technology surrounded environment prevents children from spending time doing other activities. This could later trigger bad habits and depression in their teenage years.

Social media especially has a negative influence on young and growing minds. Children are being influenced to desire to look skinny, be athletic, or act rebellious. Social media can be a platform that restricts kids from having their own opinions and teaches them from a young age that there is only one way to view things.

From a student at YLHS’s point of view, I support that technology has impacted the lives of children in more of a negative way than positive. Kids shouldn’t be so exposed to technology at such young ages. Their minds are still developing and should not be so influenced by technology. They should be allowed to let their brains grow on their own and by living a life outside of a technological world.

On the other hand, teachers may support technology in school. Technology provides a faster and more efficient method for education. With a faster approach to education, children can learn more in their childhood and speed up their digestion of information.

This end of the argument could also support that social media can be portrayed as a platform that influences kids positively. With global movements like women equality, body positivity, LGBTQ acceptance, etc., social media is often used to promote these positive movements. This allows for uniqueness to be accepted and for kids to learn to accept their individuality.

But how young is too young?

According to Common Sense Media, out of children under the age of eight, about 42 percent have their own tablet. One may wonder how and why a child so young should have their own device. After all, a child so young should not have much use for these pieces of technology. Also, this technology prevents children from being active and doing activities like playing outside. With the increased use of technology, kids are becoming less active and will end up becoming lazy adults in their future.

Overall, there are both positive and negative effects of increased use in technology during childhood. Personally, I believe it has a more negative impact on the childhood of younger generations, but I also understand the positive impacts it has on education. However, future generations should work to minimize the negative impact that technology has on younger generations. All together, technology shouldn’t be seen as a new and evil aspect of modern culture, nor should it be seen as something that kids can not live without.