Competing to be the Next Mustang Idol 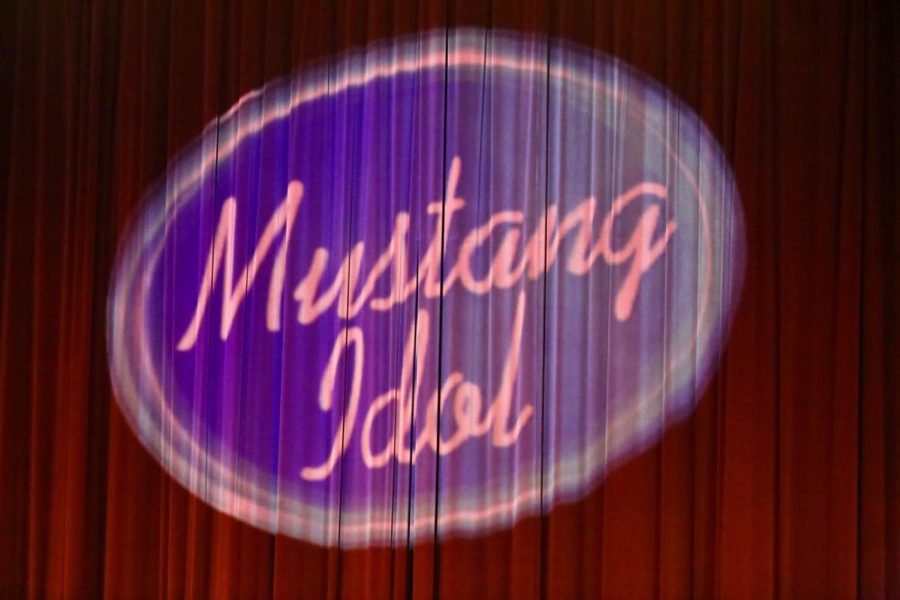 Family and friends take their seats as this custom Mustang Idol logo shines on the curtain.

On Friday, February, 14, parents, students, teachers, and friends filled the Forum as 16 of our school’s most talented singers competed to be the winner of Mustang Idol. This singing competition is put on by our theater department and is directed by Mrs. Cathy Petz.

Seniors, Elyse Bell (12) and Julia Massey (12) started the night by introducing the night and our talented judges. This year’s judges included: Rod Bagheri, a local pianist, and singer-songwriter who works for both El dorado and Yorba Linda High school’s theater department, John Hallman, a trumpet player from Placentia who assists with Yorba Linda’s jazz band, Connor Hipwell, a science teacher at Yorba Linda with a lot of musical theater experience, Jonathan La Shana who is an accomplished singer, songwriter, and guitarist who also sings worship at various churches, and lastly Yorba Linda High school’s very own, Mr. Steven McCann who is our choral director both here and at Yorba Linda Middle School. He has also spent time touring with The Young Americans and has provided back up vocals for some well-known artists.

The singers started to take center stage as freshman, Sierra Jones (9) blew away the audience of her cover of “Before He Cheats”. She completely rocked the stage with her super cool outfit and amazing stage presence.

The night continued and some stole the show by not only singing but also playing an instrument. Both Rebecca Tront (11) and Kaia Choppin (11) played piano as they beautifully sang their hearts out to their songs. Katelyn Birchfield (12) took it one step further to not only play her ukelele but to also sing an original song.

Along with instruments, were the dance moves. Performers like Will Fixa (12), Ryan Blank (12), and Kiely Delaney (10) took advantage of the big stage and had engaged with their audience perfectly by dancing and moving around the stage. This was a great way to capture the audience’s attention as many fans screamed with admiration.

As the first act ended many filled the foyer to purchase snacks that benefited our theater program and catch up with one another as the judges went backstage to decide who would be moving on to the next round. The surviving eight included: Celina Fang (9), Will Fixa (12), Kaia Choppin (11), Katelyn Neuhaus (12), Alyssa Thomas (11), Rebecca Tront (11), Kaitlyn Birchfield (12), and Maya Valenciano (12). These eight took the stage once again to perform their second song but after each performance, the judges would give compliments and constructive criticism to their performances.

Junior, Jamie Hauk (11) thoroughly enjoyed the judge’s critiques as “it’s super interesting to hear because as an audience member all we hear is an amazing performance, but the professionals notice so much more.”

The second act had ended with the judges who had regrouped backstage to decide the night’s winners as last year’s winner, Bella Wachter (12), took center stage. Bella had absolutely killed it as she performed her two songs perfectly, amazing the audience.

The judges came back with their final verdict as they announced who had the best song choice, third place, second place, and first place. All four winners would walk away with Mustang Idol titles and cash prizes. Celine Fang’s (9) rendition of Paramore’s “Still Into You” won “best song choice”, Alyssa Thomas (11) took home third, Kaia Choppin (11) won second, and lastly, senior Maya Valenciano (12) humbly won first place and the title for Mustang Idol.

It was an overall fantastic night filled with so much talent and we were all super impressed by the amazing things that our singers can do. We are so proud of the Mustangs as they went through a lot of work in order to memorize their lines, audition for the competition, and rehearse for the night.