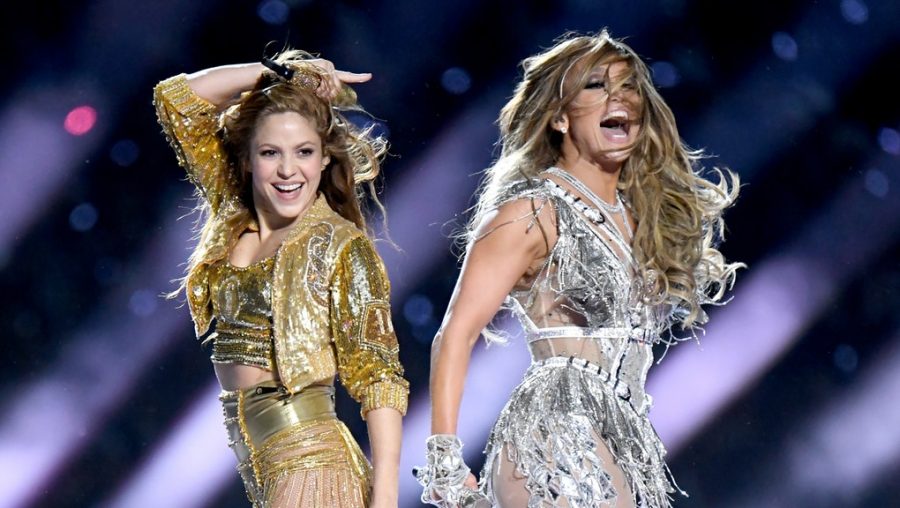 Shakira (left) and J Lo (right) absolutely made a statement in their halftime performance despite the fact that many felt like they were “stating” too much.

99.9 million. That is the number of viewers that watched this year’s Super Bowl halftime show. Unequivocally, when such a large number of people all watch one performance, there is inevitably going to be conflicting opinions. This year, it seemed as if people either loved it or hated it. Personally, the performance came off as rather inappropriate.

The Super Bowl is traditionally one of the most viewed televised sports games worldwide. Millions of people gather with their families to watch two of the best teams in the NFL battle head to head for the title. This is even true for families like my own who care little about football at all. For us, it is not about football. It is not about who wins or who loses. Rather, it is about being with the ones you love to enjoy the simpler things in life.

With this being said, the Super Bowl is, without a doubt, a family watched game. The hundreds of companies who pay thousands to be advertised in the commercials take on the responsibility to keep their viewers in mind. So why shouldn’t the halftime performers do this as well?

Jennifer Lopez and Shakira collaborated in their halftime performance as they gave the audience a very “showy” show. To any child, watching two grown women wear slim to no clothing as J Lo dances on a pole is not the most comfortable situation in the world. And as for parents, it is just as awkward. Sterling Millsap (11) explained, “Both performers were well aware of their audience, and it would have been nice if they prevented all of the uncomfortable situations that they seemed to purposefully provoke.”

Whether it was loved or hated, it does not discard the fact that both Shakira and Jennifer Lopez are two beautiful women who were simply doing whatever their hearts desired. Let’s just hope next year’s performance satisfies the hearts of not just the performers, but also all of the viewers.