Are the Grammy’s Rigged? 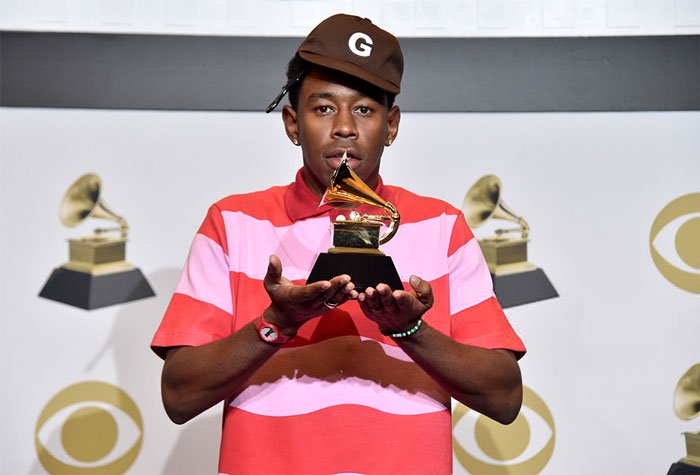 Tyler The Creator, a rapper who criticized the Grammy's for its racist selection process in its “urban” category.

Lights, Camera –Awfully suspicious circumstances surrounding selection. In our modern era of celebrity praise and social media idolization, award shows, particularly the Grammy’s, have been a part of contemporary culture and present fascination. The Grammy’s popularity is only second to the Oscars and is only growing, yet there’s a wall of separation blocking the transparency between the audience and the judges selecting which songs and artists get to be placed within the public’s approval.

Let’s first jump into the process a song or songwriter must go through in order to qualify for being nominated. First of all, the song must be produced within the year for the National Academy Recording Arts and Sciences, and it must have been commercially released in the U.S. during the Year within the record was submitted.

However, the former Chief Executive of the Grammy Awards, Deborah Dugan, has recently come out with a forty four page report detailing, the racism and misogyny underlying the decisions within the “boy’s club” which is the Grammy’s.

Dugan was suspended on administrative leave earlier this year, with the Recording Academy accusing her of an abusive management style, whilst Dugan has filed a discrimination complaint with the Equal Employment Opportunity Commission asserting that she had been suspended as result of her adressing her concerns about the Recording Academy to human resources.

The concerns Dugan wrote about described the conflicts of interest and corruption behind the scenes. Although 12,000 members vote on the submissions to the Grammys to create the top 20 selections per category, Dugan explains that board members who have relationships with artists will use their influence to increase their consideration for awards. According to her interview, she states that 30 artists which were not selected by members were added to the shortlist for nominations as a result of board members adding in artists who did not make the original list of 20 selections. Even further conflicts of interests occur when artists who are being considered for a nomination are placed upon the committee to decide who should receive the nomination, further muddying up waters.

As these and more controversies begin to resurface amongst every variety of award shows, their importance and audience have slowly began to diminish, as even majorly influential artists from Frank Ocean to Tyler the Creator have begun to boycott and critique the awards show. Sarah Chen (12) described awards shows as “no longer that important, as they’re are just so many hidden factors and agenda’s which change the way people see things.”