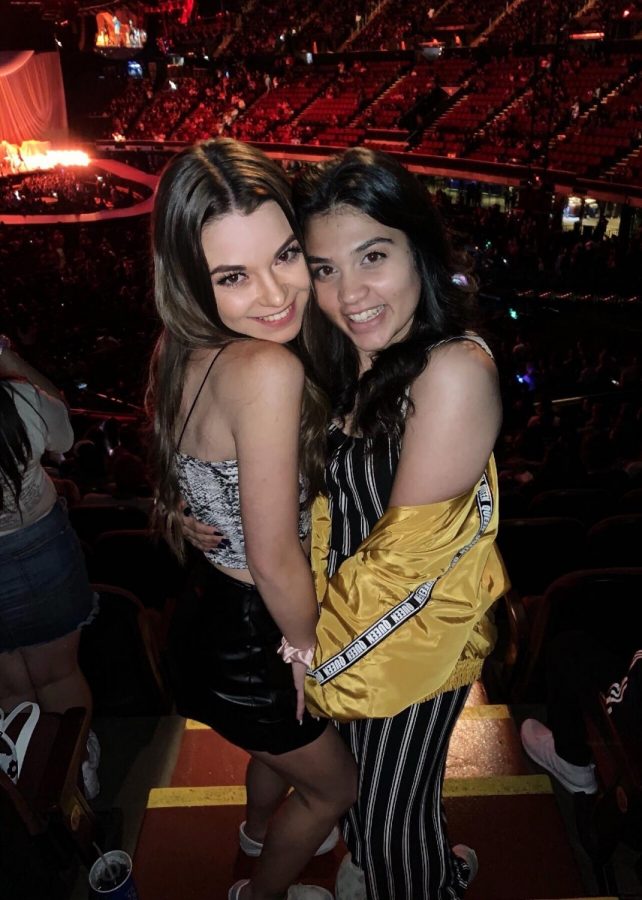 This is a picture of both Ashley Payne and myself at the Ariana Grande concert last May.

Recently, the talk of privacy has been rising even more than before, especially with news revolving around such celebrities as Demi Lovato and Ariana Grande. In these cases many people wonder how far is too far. Though this debate has been written about before, new news has come out in the recent weeks that stand alone as a news story worth looking in to to see if it is truly justified for people to know this information and take it so personally.

Ariana Grande’s news began to blow up after different situations arose this year building on each other from the other. Her year began with a concert where sadly a mass shooting took place, she then left a long term relationship with Malcolm (Mac) Miller. After, she was ridiculed for getting engaged to Pete Davidson about two months after they first started dating, then broke off the engagement after the tragic loss of her past boyfriend Mac Miller who committed suicide on the 7th of September.

During her Las Vegas concert at the beginning of 2018, a shooter hid himself in a hotel room across the street from where the venue was and opened fire before her performance began while another artist had been performing. 58 people were killed and 515 had been injured; to this day Grande states she has PTSD from the situation as she dedicated a song on her newest album “Sweetener” to the tragedy leaving a 40 second silence at the end of it to tribute the lives lost.

After this, she had been allegedly seen dating Saturday Night Live cast member Pete Davidson who proposed to Grande only a few months after they had started dating. This created backlash from people and hardcore fans as well who saw the relationship as “moving too fast” especially since it had been so soon after her relationship with Mac Miller. The couple seemed to be doing completely fine until the tragic death of Miller on the 7th of September 2018.

Mac Miller had committed suicide in Studio City, California. Though Miller and Grande had been broken up for months before his death, many people took to her social media blaming her for the death. They believed that the main reason for his death was their lost relationship and her engagement to another man. Supposedly overwhelmed by this, she called off her engagement; however, that is simply speculation as her true reasons for calling off the engagement are still not known.

All that is known is she had soon after broken up with Davidson and released a song titled, “Thank U, Next” where she not only drew attention to her break ups and hardships, but also addressed how they only had made her stronger and more of a bold individual.

With all that being said, what right did the people have to not only see her personal lives and situations as these, but also comment on them? Though this can be helpful and even give closure to an artist feeling alone such as Grande after the Las Vegas shooting, the negatives can also become too great and outweigh the good.

Grande’s hate and speculation from her fans perhaps eventually led her to feel ashamed of an engagement then call it off once a past love of hers had sadly died. Though she felt nothing but sadness in her heart during that moment as she stated on her Twitter and other social media, the blame she received truly must have made an impact on her life even after such a tragic year.

In the end, whose business is it really to know the personal relationships of a person even if they are a celebrity? That being said, Grande has clearly had a tough year so the support she has gotten from her fans on her new album alone has greatly helped her achieve happiness in whatever ways she can. Both sides of the argument claim to help the privacy and the comfort of the celebrity themselves making this line of privacy a fine one to walk.