Panera Bread: The Truth Behind the Macaroni and Cheese 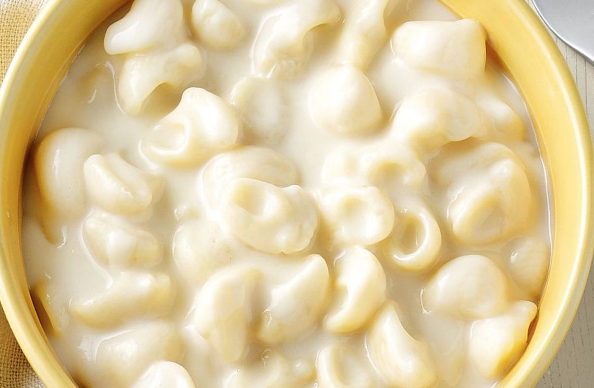 Panera Bread, a popular food chain, has recently been “exposed” for selling prepackaged Macaroni and Cheese.

All around the world food brings people together. Through its great conversation starters and amazing flavors, different dishes spark wonderful encounters. Each country is known for its different items. America is known for the hot dog, Italy is known for spaghetti, but did you know Macaroni and Cheese originated from England? It seems as though Americans have adopted Mac n’ Cheese as its own. Restaurant chains around the nation have put their own spin on the English meal such as Chick fil A, Corner Bakery, and a fan favorite, Panera Bread.

Panera has created a name for itself when it comes to their delicious creamy Mac n’ Cheese, so when a video showing how the scrumptious food is really made went viral on the popular app TikTok, many were devastated.

Recently, former Panera Bread employee Brianna Ramirez took to her TikTok to show how the infamous white cheddar Mac n’ Cheese is truly made. What she did not expect was 6.5 million views and attention from national news channels such as Fox. In her post, Ramirez recorded herself taking the prepackaged white cheddar Macaroni shells and placing it into hot water, and then preparing the meal in a bowl. The mass media was in complete shock by this method.

Although it might be common for restaurant chains to heat up food, all of the comments on the post were people filled with resentment. Common Panera customer Kaitlyn Kame (11) was in total awe after viewing the Tik Tok, explaining that she “really thought the Mac n’ Cheese was from scratch.”

Only a few days after the post was uploaded, Ramirez took to her Twitter account to announce that she had been fired from the company. As she went on to explain her video, which many describe as “exposing” Panera, did not put the chain in the best light. Although Panera has decided not to come out with a statement on the matter, The Washington Post claims a spokesperson from the company did defend their preparation process. Many may find the heating of plastic dangerous, but the spokesperson claimed that the reasoning behind their method is to avoid the use of any preservatives.

As for the future of Panera, not much has changed since the scandal. Most people seem to think that their food is too good to pass up. An overwhelming amount of comments on the TikTok come to the same consensus: “I am still going to eat it.” Although one user considered the American bakery-cafe chain to sell, “glorified hospital food” it appears that most will continue to purchase the white cheddar pipette rigate pasta.