The Effect That Blue Light Really Has on Your Eyes 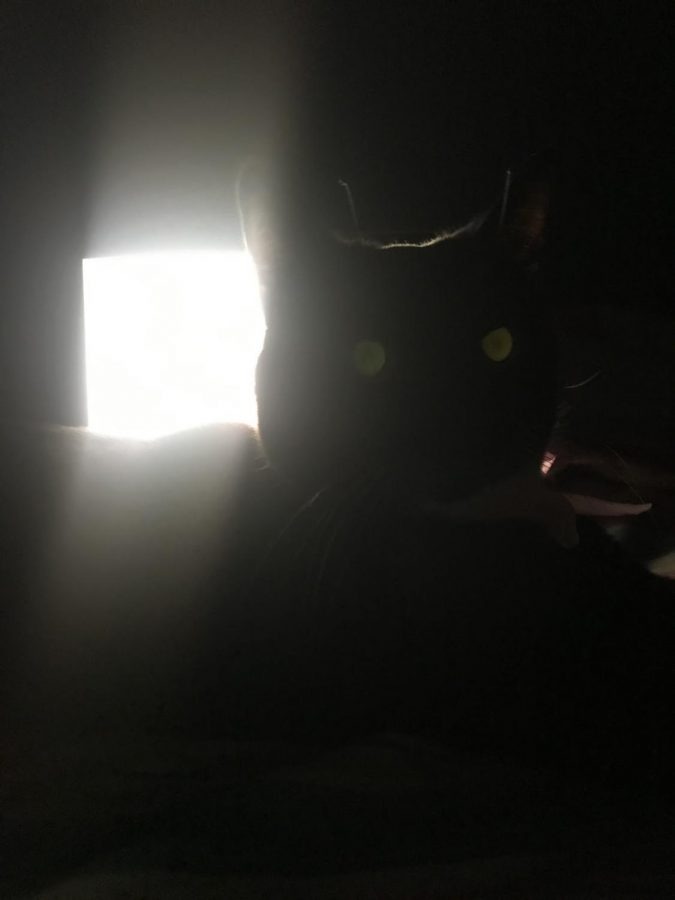 Exposure to Blue Light Can be Harmful at Night

An increasing problem that blue light causes is sleeplessness. Studies by the University of Haifa show that blue light exposure during nighttime can lead to shortened amounts of sleep, suppressed melatonin production, diminished sleep quality, higher body temperatures while asleep, being more tired the next day, and negative attitudes. Ashley Lee (9) stated that she used electronic devices before sleeping “almost every day,” as do most students.

Nonetheless, the right amount of blue light can be beneficial to the human body. According to All About Vision, blue light increases alertness, boosts memory, improves reaction time, reduces daytime sleepiness, and improves mood. Seasonal affective disorder, which is a form of depression that is caused by the change in seasons, can even be treated with light therapy which uses blue light. Exposure to blue light during the daytime is important for maintaining circadian rhythm, which is the body’s sleep cycle. Blue light exposure, especially during the morning, can help the body, but if there is too much exposure to blue light during the night, there are consequences. It is crucial to find the right balance.

Blue light is more harmful to the body’s sleep cycle when it is more interactive. Using social media or playing video games before sleeping is more harmful than watching television before sleeping. Before falling asleep, students can try to limit the amount of time they spend on their electronic devices by moving the time they spend on their devices to earlier times. Since blue light is most harmful when the body is exposed to it at later times, students can avoid harm by avoiding their devices before they sleep.