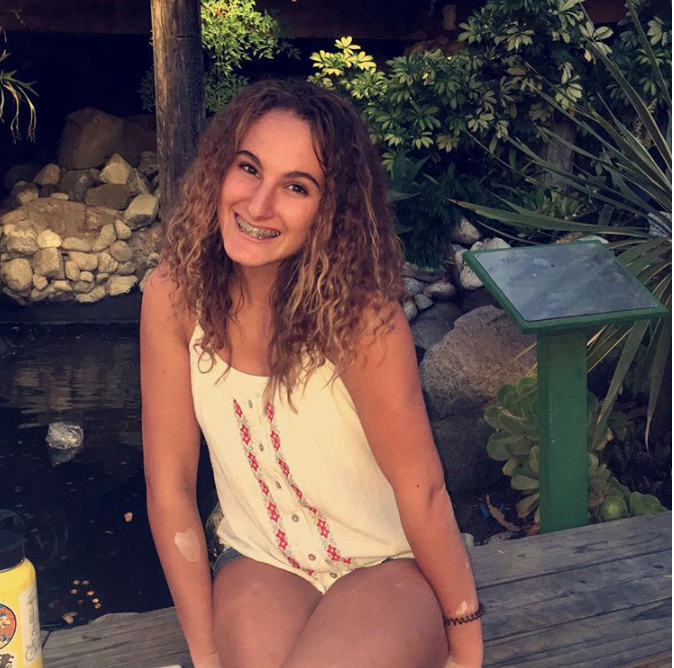 Shayda takes a break from looking at art at the Sawdust Festival for a quick photo opportunity.

With all the students who attend YLHS every day, there is no denying that there is an overflowing amount of ambitious teens. Shayda Roshdieh (11) is a very well-known student at Yorba Linda High School. Not only does she excel in the classroom, but she also is very involved in the community and our country’s overall future.

This past year, Shayda has taken action in the betterment of our community by participating in the March for Our Lives student-led movement and flew to India with her Girl Scout’s troop to learn about their culture. She has made it her top priority to make a change in society. Repeatedly she has proved her passion for activism through voicing her opinions. Also, she has expressed her desire to fulfill her curiosity and continue to learn. By traveling to foreign countries such as India, Shayda has become knowledgeable and overall an informed teen. Shayda’s desire for awareness has no limits and her friend Patrick Song (11) agrees that, “she will go on to do great things.”

With the recent problem the United States has been facing regarding gun violence, a group of students came together to take action. Shayda, among them, is a part of the March for Our Lives movement. Along with other YLHS students, Shayda has been using her voice in hopes of making a change and spreading the word about the severity of gun violence. Accompanied by many other young activists, Shayda joined the Yorba Linda branch and even met congressman Gil Cisneros. Together, the young adults and the congressmen shared their thoughts on gun violence and expressed ideas that could contribute to a change. According to Shayda Roshdieh (11), “March for Our Lives has been an amazing opportunity for [her] to voice [her] opinions in an effective way.” Through this movement, Shayda has truly been able to make an impact and contribute to the goal of a safer future.

Other than her constant efforts to better our nation, Shayda has also broadened her horizons by becoming more culturally aware. This past summer, she traveled to India for 16 days with her Girl Scout troop. Shayda and her other troop members were able to raise enough money to go to India thanks to the previous school year. Shayda was often seen walking around with the infamous Girl Scout cookies. Each and every cent she made off of those cookies was put straight into her India trip fund, without spending any of her own money.

Shayda, along with 16 other girls, stayed in the Girl Scout World Center in Pune, India. During their trip, these girls visited famous landmarks such as the Taj Mahal in Agra and had the opportunity to sightsee in Delhi. Over the course of 16 days, Shayda Roshdieh (11) was able to “grow as a person” and truly grasp the cultural differences between India and her hometown. The trip was a transformational journey for Shayda and helped shape her into the individual she is today. Combined with the imperative lessons and unforgettable memories she made, India truly was a life-changing experience for Shayda.

Many students at YLHS act as exemplary roles in our community. Shayda truly has made a name for herself in Yorba Linda as she continues to prove herself to be a future leader. With her complete involvement in our town, it is hard to deny that she will one day make a difference, if not now. Shayda may not know what she wants to do in the future, but one thing is for sure, she will continue to voice her opinion and make a change.