Inside the Impeachment Inquiry 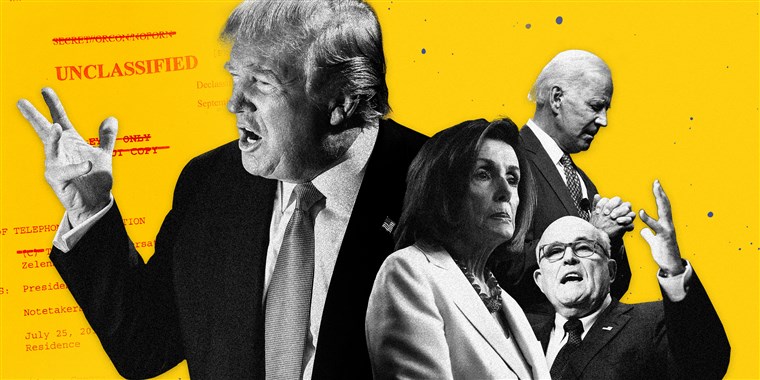 The impeachment inquiry continues to intensify each week.

People have been wanting to impeach President Trump since his first day in office, but the current impeachment inquiry is complex and backed with controversial evidence. It is uncertain how long the impeachment inquiry will last, but Democrats are still searching for more evidence to use against the President.

The impeachment inquiry began when House Speaker Nancy Pelosi announced that the House would investigate President Trump after he pressured Volodymyr Zelensky, the Ukrainian President, into investigating the business ties of Hunter Biden, the son of former Vice President Joe Biden. Hunter Biden worked on the board of a Ukrainian gas company called Burisma while his father dealt with diplomatic dealings with Kyiv, the capital of Ukraine. President Trump claims that he mentioned Biden and his son when discussing corruption in Ukraine. Democrats believe that President Trump has abused his power in order for him to get an advantage in the upcoming election where it is expected for Joe Biden to be facing off President Trump for presidency in November 2020.

The White House announced that they would not cooperate with the impeachment investigation of President Trump. A letter was written by White House counsel Pat Cipollone to Nancy Pelosi and three chairmen of the Democratic committees. The letter stated that the inquiry “violates fundamental fairness and constitutionally mandated due process,” and that the inquiry is considered “constitutionally invalid.” Nancy Pelosi reacted to the letter by calling it “manifestly wrong.” Audrey Do (9) stated that “if the President has done something wrong then they should investigate more to find out whether he should really still be our President.” Vice President, Mike Pence also announced that the White House would not hand over documents related to President Trump’s phone call with President Volodymyr Zelenskiy.

Trump’s former advisor, Fiona Hill, who specialized in the former Soviet Union and Russian and European affairs, testified in front of Congress for the impeachment inquiry. Hill told Congress about a meeting that she attended with other officials. At the meeting Gordon Sondland, US ambassador Gordon Sondland made it clear that he wanted Ukraine to investigate the Bidens. Hill also stated that Sondland said that he was leading Ukraine policy. Hill’s testimony matches with the claims of the anonymous whistleblowers.