The Fall of the Mall 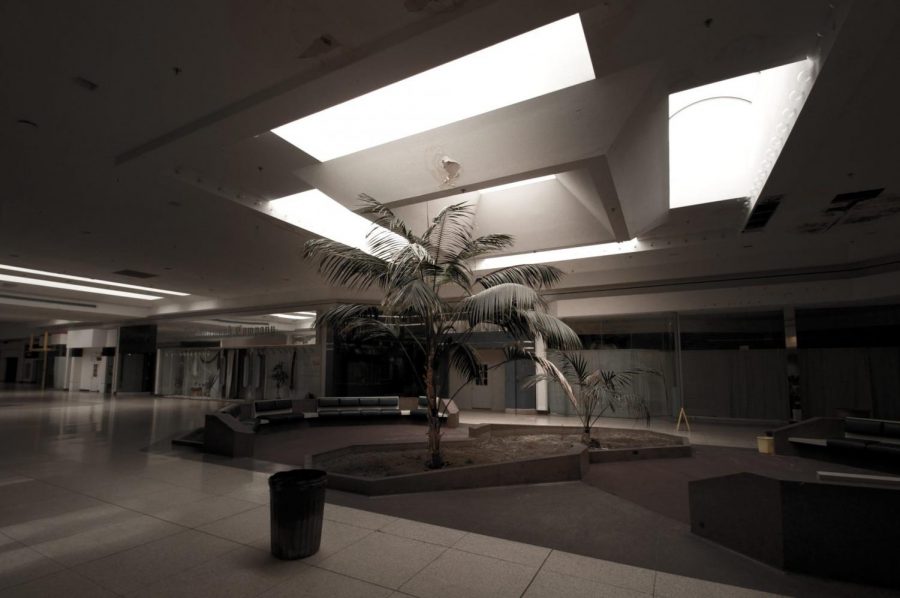 Malls are experiencing a decline as thousands of retail stores close their doors.

Packed with numerous brands and bustling with hundreds of shoppers every day, the mall seems to be fading away as many retail stores close their doors. As many as 12,000 stores will be closing by the end of this year, according to a prediction by Coresight Research.

Retail closings include Macy’s, Nordstrom, and Target, all of which are merely closing five or six of their locations, according to MoneyWise. Kohl’s, Topshop, and Barneys New York are closing up to fifteen of their stores. Walmart, J. Crew, and J.C. Penney will be suffering major losses of up to 27 stores, not to mention the 40 closings of Abercrombie & Fitch and CVS stores.

Lowe’s, Kmart, and Victoria’s Secret are closing up to 53 of their stores. Party City, Office Depot, Bed Bath & Beyond are closing up to 60 of their locations; Sears filed for bankrupcy in 2018 and will be closing more than 93 stores. Pier 1 Imports and Signet Jewelers are closing 150 stores each, and, for a particularly hard hit for teenagers, nearly 200 Forever 21 will close after the brand filed for bankrupcy earlier this year. Taylor Tran (12) was surprised the most about the fall of the Forever 21 company and comments, “I feel like Forever 21 has been around forever. If it can’t survive, what store can?”

Videogames seem to be meeting the same fate as DVDs with up to 200 GameStop locations closing their doors. Walgreens, Avenue, Gap, and Charlotte Russe are closing more than 500 stores. Dressbarn, Gymboree, and Payless have the most closings, with the latter closing more than 2,000 stores, according to MoneyWise.

The causes for this retail apocalypse vary. According to Forbes, the most significant reason for the closing of so many stores is that they fail to meet consumer’s needs. Malls and outlets once catered to generic tastes with commercially produced goods; today, however, consumers are concerned with environmentally friendly, artisanal, and ethically made products which general stores cannot provide.

Retail stores are also seeing declines in business due to their online competition. Shopping on the Internet has multiple advantages over traditional stores, including ease of access, reduced physical transportation, and a greater amount of options. Clothing stores are especially forced to compete with online companies, but developments in technology may lead to even local grocery stores being threatened by companies such as Amazon.

This trend will have startling economic implications as thousands of retail workers are laid off due to the amount of stores closing. It will also affect regular shoppers of the mall, which will gradually see a decline as many of the retail stores it relies upon close their doors and attract less consumers. The death of the mall is approaching, and it appears that technology is its victor.