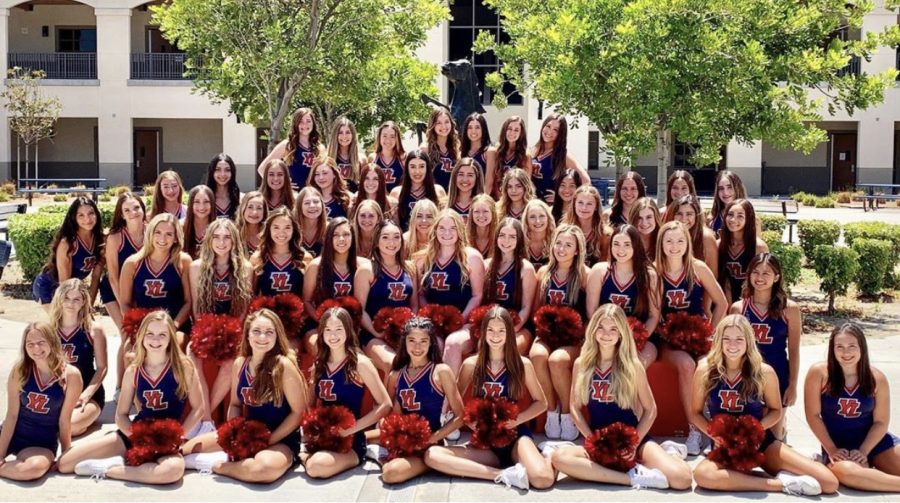 Courtesy of YLHS Cheer and Song

The 2019 Yorba Linda Cheer & Song leaders are prepared and excited for this season.

Cheer and Song started their season off with a bang, at the first football game of the year against Valencia. These spirit leaders led the football team to victory with a score of 42-0.

At every football game, you can see cheer and song pumping up the players and the stable. These teams are at every game, home and away. They have many skills and enliven the team after touchdowns and during their halftime shows. Their spunk and pep is one of the main reasons people come to football games. As someone who loves watching cheer and song, Sunny Cheng (11) stated that she “love[s] Friday Night Lights and being able to watch [her] friends perform. Cheer and Song definitely liven up football games!” In accordance to Sunny’s thoughts, other students and spirit leaders both agree that the beginning of this season has been great and hope it will continue to be so.

This year, a total of 54 people are on the cheer and song team. This year is different than previous years for multiple reasons. This year, YLHS senior, Zachary Hernandez (12), is the first boy to be on the varsity song team. For the past three years, he has been a part of Dance Company and for his senior year, decided to join the song team. Instead of having a JV song team like previous years, it has changed to a freshmen team. Mrs. Shube (Staff), a cheer and song coach, explained, “having a freshmen team is not very different than having a JV team. Although it is nice to see this team as a representative of their freshmen class.”

As exciting as it looks, cheer and song are very dedicated to the difficult sport. They practice for hours a day, at least four times a week. The performance teams practice all year round, spending their summer practicing, their fall performing at football games, their winter cheering on basketball, and then ending their year with competition season. All of their hard work is worth it. According to varsity songleader Ashley Holman (11), “We practice hard, but being able to perform is an amazing experience that I will remember for the rest of my life.”

Along with taking up a lot of time, injuries are also a major issue. Mrs. Shube said that injuries have been the biggest struggle so far. Cheer is classified as one of the most dangerous sports, causing ⅔ of severe sports injuries, according to the Medical Daily.

Nonetheless, Cheer and Song is a talented group, focused on raising spirits, clearly shown at Friday night football games. This new season has so far been amazing and will continue to stay as such. With flying spirit and bubbly pep, the 2019/2020 season is sure to exceed expectations.