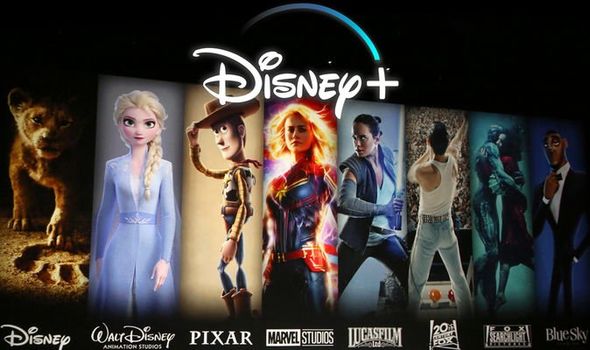 The influence of Disney seems to have no end, and the supercompany continues to expand by entering the domain of streaming services with Disney+. Disney+ plans to present competition for services such as Netflix and Hulu by not only providing Disney movies and TV shows, but also offering exclusive content and brand-new TV shows, according to Digital Trends.

Content will stem from Disney’s entertainment studios, including Walt Disney Pictures, Walt Disney Animation Studios, Pixar, Marvel Studios, Lucasfilm, and National Geographic, according to Screen Rant. This will eventually accumulate into over 500 films, all of which will remain family-oriented; no R-rated content will be offered.

Disney Channel will also be featured, with current as well as finished shows such as Kim Possible and Mickey Mouse Clubhouse becoming available on the streaming service. This also includes Disney Channel Original Movies, animated Disney XD series, and, due to the merge with 21st Century Fox, The Simpsons and National Geographic shows.

The most enticing offer of Disney+, however, is its exclusive content. Below are the planned original series and movies, all courtesy of Digital Trends.

The Falcon and the Winter Soldier
Hawkeye
WandaVision
Loki
What If…?
Moon Knight
Ms. Marvel
She-Hulk

Love, Simon, a spin-off of the original movie with the same name
Monsters at Work, a spin-off of the Monsters, Inc. movies
Forky Asks a Question, a short series based on the character of Toy Story 4
Untitled Chip ‘n’ Dale series
Muppets Now
Lamp Life, a short series featuring Bo Peep from Toy Story
Phineas and Ferb the Movie: Candace Against the Universe
3 Men and a Baby, a remake of the original
Cheaper by the Dozen, a reboot
Diary of a Wimpy Kid, a reboot
Father of the Bride, a reboot
Home Alone, a reboot
Night at the Museum, a reboot
The Parent Trap, a reboot
Sister Act 3

The amount of movies and series in production and in plans for production makes Disney+ a very ambitious project which will likely pay off, as the various spin-offs of old and beloved shows appeal to a wide audience. Sarah Mayans (12) is especially excited for the High School Musical spin-off: “I really loved the original movies! The spin-off won’t have the same characters and will definitely be different, but different doesn’t always mean bad. I’m excited to see how it’ll turn out.”

Disney+ will launch on November 12 at seven dollars a month. Whether its shows excite or disappoint their audiences, fans will undoubtedly tune into Disney’s latest business venture.