From Rags to Riches: The Sky-high Salaries of Professional Athletes 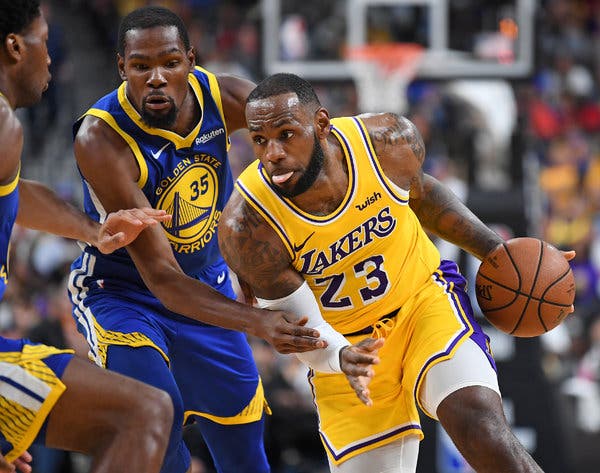 The Lakers’ LeBron James (right) in action against Warriors’ Kevin Durant (left). LeBron James has one of the most stunning backstories from a childhood of poverty to nationwide success.

We all know the popular idea of the “self-made man”, a term coined by the American attorney Henry Clay in 1832. The popular phrase describes individuals whose success lay within themselves and are not derived from outside circumstances. The “self-made man” meshes often with the idea of rags to riches, in which a person builds themselves up from a life of poverty to a course of success. Rags to riches, or the concept of rising from the bottom to the top, is a very popular and inspirational trope in American media. But this idea of an underdog is not always exclusive to fictional programs and dramatized shows. Many modern professional athletes today have had their own stories to tell of starting out from the bottom and coming out at the top of the court and of the economy.

But James has not always been dribbling bundles of cash. Born in 1984 in Akron, Ohio, James was an only child of the then-sixteen year-old Gloria James. Gloria, struggling to provide for a young James, was forced to move several times, and at one point had to give James up to a foster family when he entered elementary school. But James had a passion and talent for basketball, and he made it big on the professional stage as the first pick in the first round for the Cleveland Cavaliers, still bearing memories of a child in a struggling family in Akron.

Many other professional athletes also have experienced a childhood similar to LeBron James, of course also paired with lofty earnings. Ranging from star boxers such as Conor McGregor and Floyd Mayweather Jr. to European soccer stars like Cristiano Ronaldo and Gabriel Jesus, professional sports are on-demand and high-paying all over the world. Even outside the US, sports are critical to the economy, as European footballer players Lionel Messi, Cristiano Ronaldo and Neymar Jr. top the Forbes list of the highest paid athletes in 2019. Swiss tennis sensation Roger Federer takes fifth place with earnings of 7.4 million dollars overshadowed by endorsements of 86 million dollars. Whether they deserve so much money from playing sports is up for debate. Non-athlete, Joy Zhou (10), supports the athletes’ side on their financial prosperity. “I think they deserve the money that sports pays them,” she said, “because they’ve worked so hard their entire lives to get there.” Despite their spectacular success in the present, many professional athletes will always remember the struggles and effort in their childhood that molded them into the athletes and individuals they are today.